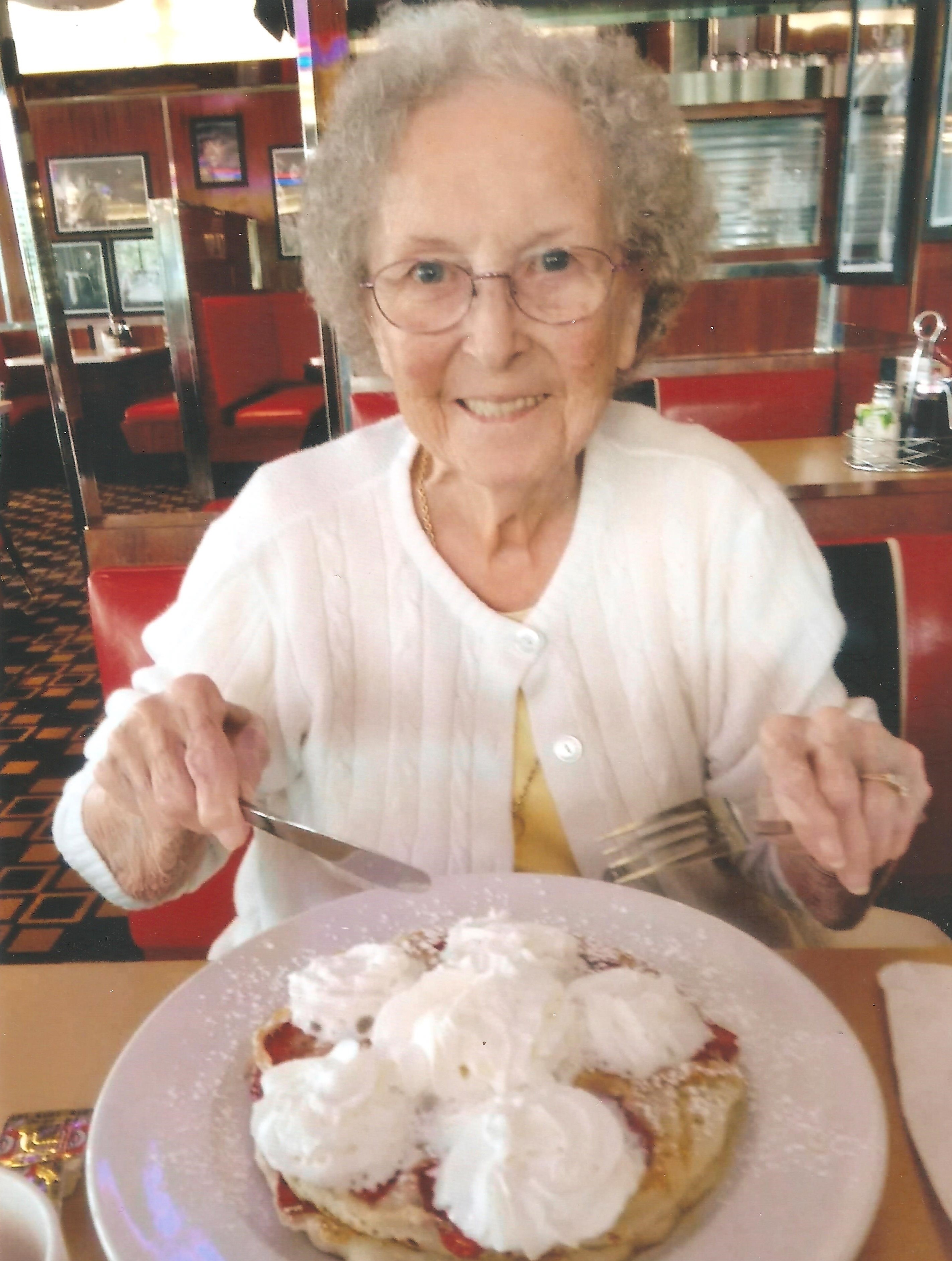 Jacqueline was born in Hollis NY on December 5, 1924 to Harold and Catherine (Jahrsdorfer) Smith. She was predeceased by her parents, her husband of 65 years, Jack L Ginocchio, two sisters, Marie Beckwith and Catherine Reilly, her first grandson, John Beigel and her granddaughter in law, Tara Mangels.
As a child Jackie was very involved in her church and shared her beautiful alto soprano voice in the church choir. She loved music and theatre and one of her proudest moments was when her eighth grade chorus was invited to Carnegie Hall where they performed The Last Chord. She was also cast as the lead actress in her high school production of Carmen. Jackie spent several years in the American Girls Sea Cadets where she was in the color guard and also played the drums. She even marched down Fifth Avenue in Macy’s Thanksgiving Day Parade.
After high school Jackie worked as a legal assistant to Atty. John Cameron in Hollis NY. She would go on to other secretarial jobs and especially loved the two decades she worked for the Austin Travel Corporation In Hicksville, NY.
Jackie loved to crochet, sew, and craft.  She started painting when she was in her sixties and even won a ribbon at an art competition on Long Island. In the past few years she also discovered the fun of casinos and enjoyed several trips to Saratoga with her daughters to try her luck at Wheel of Fortune. Her real love though was maintaining a lovely home for her family in Hicksville where she resided for 40 years before relocating to South Hadley Massachusetts in 1990.
Jackie is survived by her devoted daughters and their spouses; Joanne Beigel of South Hadley, Carole Mangels (Robert) of South Hadley, and Christine Clock(Laurence) of West Brookfield, MA. She also leaves five loving grandsons and their spouse/partners; Dr. Robert Harper-Mangels (Dorothea) of North Haven, CT, James Mangels (Robin Cammarata) of Hadley, NY, Bryan Mangels (Rebecca Melli) of Otis, MA, Michael D. Beigel Jr. of Southington, CT and David Beigel of Gunnison, CO. Jackie also leaves two precious great grandchildren, Ramey Jack Harper-Mangels and Margaret (Meg) Harper-Mangels. Jackie is survived by her brother Harold “Buddy” Smith, Jr. and multiple loving nieces and nephews. The family would also like to acknowledge Jackie’s longtime neighbor, friend and aide, Audrey Smolen and thank her for her loving support especially in the final weeks of moms life.
A private memorial service will be handled by Beers and Story in South Hadley. Cremains will be interred at the Agawam Veterans Memorial Park in Agawam, MA. In lieu of flowers the family is requesting donations to Shriners Children’s Hospital or the St. Jude Research Foundation.