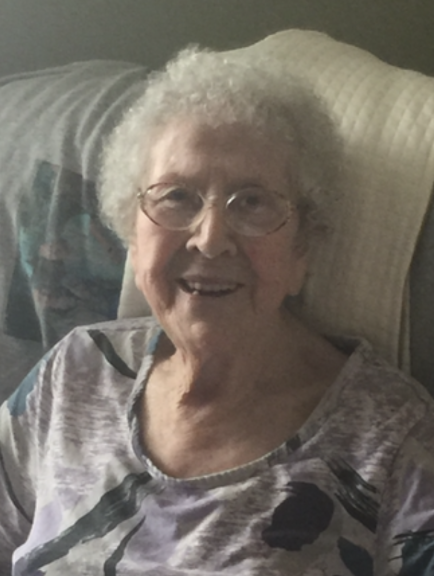 Obituary for Loretta B. Smith Loretta B. Smith, 95, formerly of Wales, MA passed away May 19, 2021, at Quaboag on the Common Rehabilitation. She was born on May 13, 1926, in Waterbury, CT and lived in Hartford, CT for many years before moving to Wales where she lived for over 30 years. Loretta and her late husband, Charles E. Smith, Sr. managed a large apartment building for Hartford Hospital that housed Surgical Doctors during their Residency for Specialized Services. Loretta retired from Hartford Hospital after working for over 25 years in the sterilization room. She was a member of the Wales Senior Center and attended St. Christopher’s Church in Brimfield. Loretta enjoyed going out to lunch, camping, attending and betting on dog racing as well as traveling. She will be remembered for making the best French Canadian meat pies, her sweet personality and delivering a good dirty joke. She was predeceased in death by her husband, Charles E. Smith, Sr, her son, Charles E. Smith, Jr, her Grandson Paul and most recently her grandson, James "Jimi" Smith. She will be deeply missed by her daughter in law, Jean Smith, her son, Joseph Smith, Grandchildren: Cherie, Joseph, Elmer, Markus, Ralph, Jimmy, Shelley, Charles, and Glenn, 20 Great Grandchildren and 1 Great-Great Grandchild. The family wishes to thank the staff at Quaboag on the Common Rehabilitation Center. Calling hours will be held on Wednesday, May 26th from 4:00-6:00pm at Beers & Story Palmer Funeral Home, followed by a closing prayer service at 6:00 p.m. Burial will be private at a later date. In lieu of flowers, Donations can be made to Quaboag on the Common Rehabilitation Center, 47 East Main Street, West Brookfield, MA 01585.