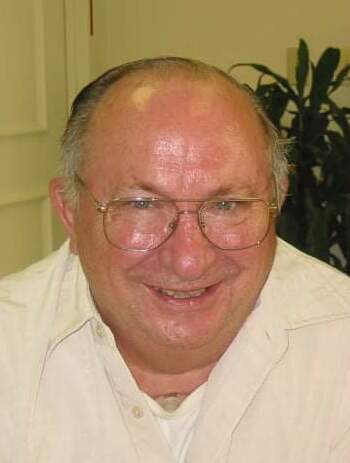 South Hadley-Wayne Wells, 87, passed away at home January 18, 2022. Born in West Pike Run, PA on August 17, 1934, he was the son of Alma V. Reisner (Artis) and Harry W Wells. After high school, Wayne went on to honorably serve his country in the US Navy. Since 1959, Wayne has lived and raised his family in South Hadley. He worked for 37 years at Monsanto, retiring as the maintenance superintendent. In his leisure, Wayne was an avid outdoorsman and enjoyed hunting and fishing along with bowling and square dancing with his late wife, Beverly A. (Niec) Wells. He was an active member at his church, Our Savior's Lutheran Church in South Hadley. Wayne will be dearly missed by his children, Debra Brown and her husband Bill of S.Hadley, Matthew Wells and his wife Bethany of IL as well as four grandchildren, four great grandchildren and his sister, Freida Hodges and her husband Jerry. Besides his wife, Wayne was predeceased by a son, Lloyd, beloved step-father Lloyd Reisner, brother Harry Wells and sister Mona Choat. Visitation will be Sunday, January 23 at 2-4PM at the Beers & Story S.Hadley Funeral Home. A funeral service will be Monday, January 24 at 10AM at Our Savior's Lutheran Church with burial to follow in Evergreen Cemetery. The church service may be viewed virtually by using https://youtu.be/nNBt5c16h0A.