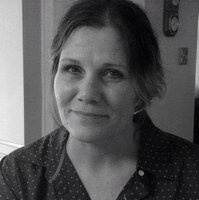 Barbara E. (Boudreau) King, 62, of Palmer, Massachusetts passed away January 23, 2022 at Baystate Medical Center Springfield. She was born on October 26, 1959 in Sarasota, Florida to Roger and Lucille (Vertefuille) Boudreau. Barbara was raised in Belchertown and graduated from from Pathfinder Regional High School. After high school she moved to Palmer where she's lived for over 40 years. She worked for many years as a hairdresser. Barbara was a talented painter and she enjoyed nature spending time feeding the birds and rabbits. She will be deeply missed by her three daughters, Erika Smith, Lola Smith and Jacqueline Smith. She also leaves two sisters, Cindy Minkley, Charlene Bren and a brother John Boudreau as well as five grandchildren, Austin, Aiden, Christian, Logan and Symphany. Calling hours will be held on Sunday, January 30th from 12:00-2:00 pm at the Beers and Story Palmer Funeral Home. Burial will be at the convenience of the family.