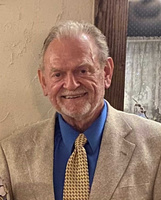 South Hadley- John Tomaszewski, 73, passed away on February 15, 2022 at Baystate Medical Center after a brief illness. Born in Holyoke, MA on June 10, 1948, he was the son of the late Theodore and Jennie (Popko)Tomaszewski. After graduation from South Hadley High School, John went on to become a shift supervisor for Uniroyal in Chicopee, MA for several years. From 1978 until his retirement in 2012, John proudly served the South Hadley community as a Fire Fighter – EMT for South Hadley Fire District #1. John will be deeply missed by all who knew him, including his loving wife, Joanne (Jackson) Tomaszewski, with whom he recently celebrated their 50th wedding anniversary; his daughter Angela Majka and her husband Wayne of Feeding Hills; his son John Tomaszewski and his wife Elizabeth of Longmeadow; his 4 grandchildren, Abbey and Erica Majka and Jackson and Lucas Tomaszewski; his siblings, Regina Kowal and her husband Richard, James Tomaszewski and his wife Connie and Patricia Shewchuk and her husband Daniel, as well as many extended family members, nieces, nephews and friends. A communicant of St. Patrick’s Church in South Hadley, John was very devoted and dedicated to his family; whether it was his big Fourth of July picnics, watching his granddaughters play sports or wrestling on the floor with his grandsons. John also loved the game of golf, but his real passion was rooting for his favorite team, the Yankees! He will be fondly remembered as one to always crack a joke or tell a funny story and someone who took great pride in anything he did; from his well-cared for lawn, to his vegetable garden to his retirement past time on eBay. Calling hours will be from 10am to 12pm on Monday, February 28, 2022 at Beers and Story South Hadley Funeral Home, 646 Newton St., with burial immediately following at Mater Dolorosa Cemetery in South Hadley. At the request of the family, face masks are required indoors. Donations can be made in John’s name to the Autoimmune Association at www.autoimmune.org.