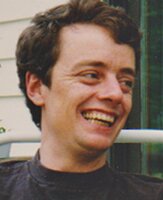 Palmer- Michael J. Hogan, 65, passed away March 3, 2022, after battling an illness for many years. He was born on October 30, 1956, in Palmer to James and Geraldine (Ryant) Hogan. After graduating from Palmer High School in 1974, Michael earned his CAD certificate from Porter & Chester. He went on to work as a Machinist at General Mold & Tool Inc. in Springfield. Michael could fix anything that he set his mind to and put his hands on. He enjoyed working on his '69 Camaro which he fully restored down to the frame. He was also graced with a "green thumb" and took pleasure in gardening in his leisure. Michel was preceded in death by his father, James Hogan, and his brother, Richard Hogan. He will be dearly missed by his mother, Geraldine (Ryant) Hogan; son, Michael Hogan, Jr.; grandson, Mason-Stewart Hogan; sisters, Patricia Hogan, Judith Coache and Susan Wawrzonek; as well as many nieces and nephews. Michael's services will be held privately. In lieu of flowers, donations in Michael's name may be made to Fresenius Kidney Care, 42 Wright St. Palmer, MA 01069.