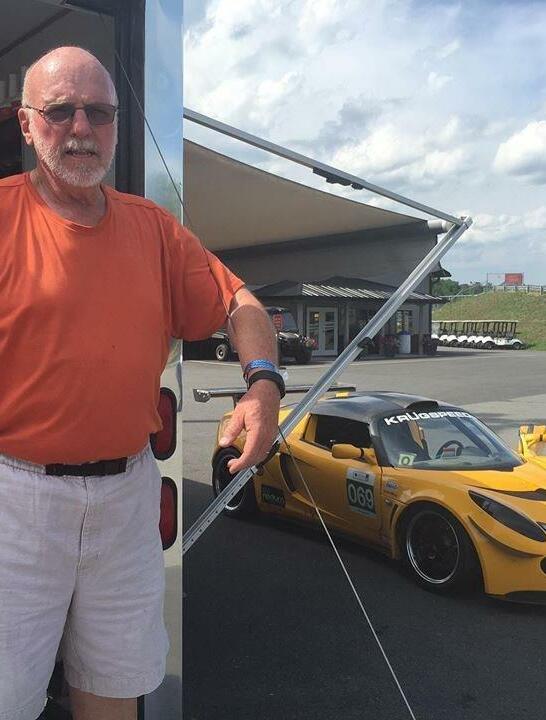 Belchertown-Daniel J. D'Arcy, 74, passed away May 4, 2022, after a very courageous battle with pancreatic cancer. Born April 24, 1948 in Boston, he was the son of John and Alice (O'Connell) D'Arcy. Dan grew up in East Longmeadow and Somers, CT, and graduated from Western New England University. He began working at a very young age for his father at Valley Electric and Heating. He was the founding scoutmaster of Boy Scout Troop 387 in Somers, Connecticut. He has lived in Belchertown for many years and was the owner of Allpower in Granby. Dan founded the business in 1971 and successfully ran it with the help of his late brother, Patrick. Dan retired in 2021, due to his declining health.

Dan was very well known for his love of car racing. He joined COM sports car club in 2004 and was on the Board of Directors for many years. He won multiple class and year-end championships. Some of his favorite race tracks include Watkins Glen in New York, New Hampshire International Speedway, and Mt. Tremblant, in Quebec, Canada, where he still holds the track record since 2019. Dan was particularly fond of Palmer Motorsports Park, where he was the head classroom instructor. He was also an in-car instructor for multiple sport car clubs. He truly loved to mentor students and they enjoyed his vast knowledge and sense of humor. Dan's greatest joy was speeding on a racetrack and socializing in front of a fire with the many wonderful friends he made along the way.

Dan's memory will be cherished by his loving wife of 49 years, Patricia (Szurek) D'Arcy, along with his brother Timothy and his wife "Dodie" of Candia, NH, his niece, Jennifer D'Arcy of Wilbraham, sister-in-law, Kathleen D'Arcy of Springfield, brother-in-law "Bud" and his wife "Cindi" Szurek of Hebron, CT, several grand nieces and nephews, cousins, and his very special friends. Besides his parents, he was predeceased by his brother, Patrick, with whom he worked side by side for many years.