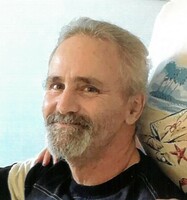 John "Jack" F Henry, 62, of Greenfield, MA passed away June 15, 2022 at his home. He was born on July 10, 1959 in Holyoke, MA to Walter and Eunice (Austin) Henry. John grew up in Belchertown one of six children and graduated from Belchertown High School. He was an avid New England Sports fan and enjoyed a friendly political debate. He is survived by two children, Kayla Hicks of KY and Zachary Henry of GA and three grandchildren. He also leaves five siblings, Walter "Bud" Henry, Michael Henry and Anne-Marie LaValle all of Belchertown, Patrisha Henry of GA and Christopher Henry of FL. John’s family would like to thank Meredith and Dan for their care and kindness. A graveside service was privately held at Mt. Hope Cemetery in Belchertown. Beers & Story Belchertown Funeral Home was entrusted with the arrangements. Donations may be made in his memory to Shriners Hospital.