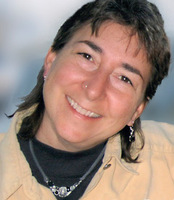 Rifle, CO - Surrounded by family and friends, our beloved Linda J. Bessette, 61, passed away peacefully on April 28, 2022 at Hope West Hospice in Grand Junction, Colorado after a long and courageous battle with cancer. Born on February 11, 1961 in Holyoke, Massachusetts to Albert E. and Joan M. Bessette, Linda spent her formative years in Granby, Massachusetts with her five siblings (and best friends), playing games, climbing trees, riding banana bikes, working in the garden and participating in many sporting activities. She attended Granby High School where she excelled and lettered in basketball, softball and field hockey, played flute in the high school band, was voted “Most Likely to Succeed” by her classmates and was admitted as a member of the National Honor Society. Her desire for success, however, was far surpassed by her love for family and friends. Working at the Willamansett Nursing home the summers before college pointed her to career in nursing; and in the fall of 1979, Linda attended St. Anselm College in New Hampshire, graduating with a degree in Nursing, and soon after became a Registered Nurse. After college, Linda dedicated her time and talents to her Country by serving in the United States Army as an RN and surgical nurse for four years, attaining the rank of Captain, followed by an additional 5 years in the Army Reserves. While in the Army, Linda worked at Walter Reed Army Medical Center in Washington, D.C. and, after training in Texas as a field surgical nurse, served in a M.A.S.H. unit in South Korea. After her decorated career in the full time Army, Linda took a position at Denver General Hospital in Colorado as a surgical nurse in the Children’s Trauma Unit. From Denver, her career brought her to Clagett Memorial Hospital and then to Grand River Medical Center both in Rifle, Colorado as an RN and surgical nurse. While at Grand River, she was an integral part of the design team for the new surgical wing and community hospital. Linda’s most recent years were spent at Community Hospital in Grand Junction, where she was not only a surgical nurse, but a cancer patient. Knowing her talents as an RN and the love she had for her own patients, the hospital asked Linda to be a spokesperson and fundraiser for the new Oncology Center. Through her talent, work ethic, passion and love of nursing, Linda earned the respect of administrators, doctors, associates and peers; and became a mentor to junior nurses, encouraging them to go beyond their perceived abilities and excel as nurses, care givers, teammates and, ultimately, friends. Linda lived most of her adult years in Colorado with her beloved daughter Emily and devoted spouse Kim Potter of 34 years, along with a community of friends and co-workers. She loved the Rocky Mountains and was a fantastic tour guide to all who visited. She had an open house policy and became a second mother to many of the neighborhood children, where her swimming pool and kitchen became a central hang out. Each summer, Linda made the pilgrimage home to Granby to reunite with Mom, Dad and family, who then headed off to her favorite vacation spot, Cape Cod, to enjoy fun on the beach and which always culminated in a shopping spree along to Cuffy’s and a myriad of shops along Route 28, ending with lobster rolls at Captain Parker’s. Linda is survived by her daughter Emily and life partner Kim Potter, parents, Albert and Joan Bessette, sister Laura Bessette and her life partner Nancy Hoff, sister Lisa Griffin and husband Tim, brother Albert, Jr., sister Leslie O’Neil and husband Brian and brother David and wife Caroline, along with nieces and nephews Amanda, Emma and Conner Griffin, Meghan Bissonette and Brendan O’Neil, Albert, III and Joseph Bessette, Jordan Stearns, Allison Bessette and Zackery Bohnet. She was deeply loved by all and her passing has left a void in the hearts of those who knew her. Calling hours will be on Monday July 11, 2022 from 4-7 p.m. at the Beers & Story South Hadley Funeral Home. A Funeral Mass will be held July 12, 2022 at 10 a.m. at Immaculate Heart of Mary Church. Please meet directly at the church. Burial will follow in West St. Cemetery in Granby. Donations in lieu of flowers can be made in Linda’s name to Hope West Hospice, 3090 North 12th Street, #B, Grand Junction, CO 81506 (or a hospice center of your choice), as we experienced firsthand the angelic services they provided Linda, which allowed her to quietly and peacefully tip toe from this life into eternal life. The Bessette Family is eternally grateful.