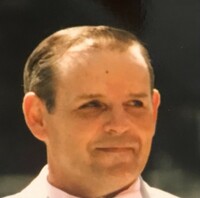 Palmer- Francis R. Zebrowski, 87, of Palmer, Massachusetts passed away August 8, 2022. He was born on June 23, 1935 in Palmer, to the late Joseph and Ida (Gaudette) Zebrowski. He will be greatly missed by his wife of 65 years, Loretta (Lostrappo) Zebrowski, they would have been celebrating their 66th wedding anniversary on September 1st of this year. He will also be missed by his son, Francis and wife, Cynthia, of Palmer; daughter, Deborah (Ronnie), of Williamsburg; son, Bruce and his significant other Debbi Strauss of Palmer; daughter, Lisa Dorman-Beauregard and husband, Dennis, of West Brookfield; sister, Arlene Browning and husband Robert of Springfield; and his sister, Mary Pelletier and husband, Richard, of Palmer. He also leaves his grandchildren, Scott and his significant other Faith, Jesse and Michael Dorman, and Ashley Goddu; great-grandchildren, Kellin, Kayden, and Leona; as well as his faithful companion, Rocco, 2 nieces, and 5 nephews. Francis was predeceased by his uncle, Steve Zebrowski. After graduating from Palmer High School, Francis proudly served his country in the United States Army and the Reserves from 1957 until 1963. Following his time in the military, he worked as a Printer Setup Technician at the former Diamond International Corp. as well as a Driver for the Peter Pan Bus Lines. Francis was a member of St Thomas the Apostle Church in Palmer and lived his life by his faith. He loved his family dearly and was an amazing husband, father, and grandfather. He was the number one fan at all of his daughter's softball and basketball games. He always enjoyed his daily adventures with his wife and daughter, Lisa, as well as dining out and going to the casino with his daughter, Debbie and Ronnie. He was an avid hunter and fisherman, loved playing pool, horseshoes and softball, and cherished his Saturday and Sunday mornings with his sons and grandson. When his grandchildren & great grandchildren visited him, it always brought him so much joy. Services are being held privately and at the family's convenience. In lieu of flowers, donations in Francis' name can be made to Steven Prewitt Skull Base Disease Foundation by visiting www.skullbasedisease.org.