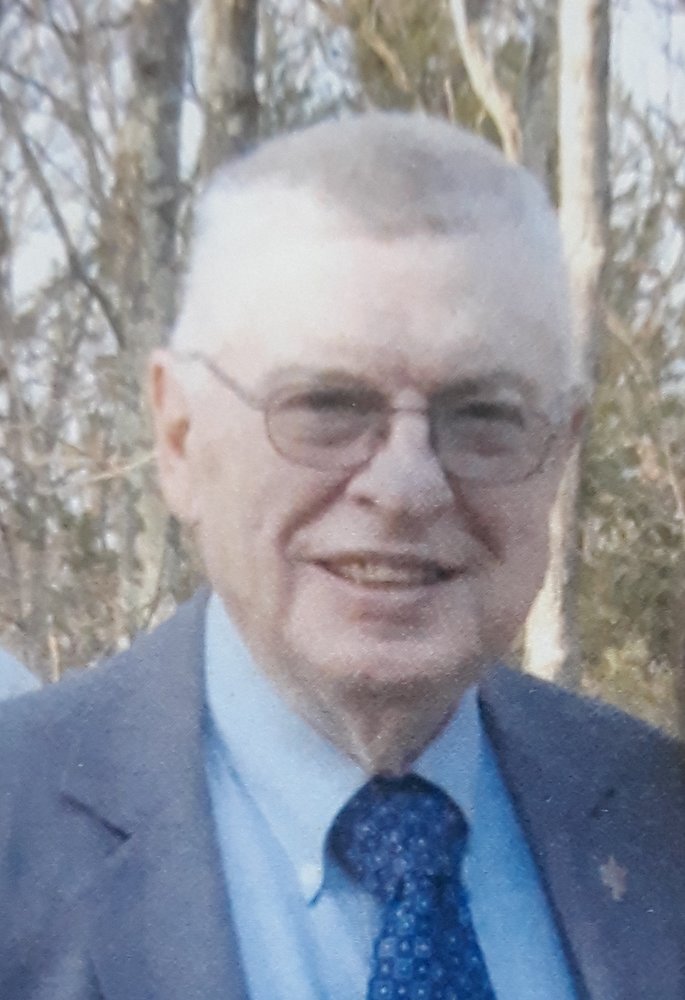 Belchertown - Alfred Roccanti, 91, formerly of Belchertown, Mass. died peacefully on Wednesday, February 5, 2020. Born in Worcester, MA to Assunta and Ferdinand Roccanti, he was predeceased by 4 siblings, Edward, Philomena (Cook), Celestine (Lazaroff), and Ferdinand, and his beloved wife of 57 years, Dorothy (Boyd). He is survived by his sister, Anna Wilson, of Florida, and six children: Susan (Charlie) Robinson of East Longmeadow, Edward, of Clarksville, Iowa, Barbara (Richard) Kelleher of Belchertown, Michael (Partner, Kim) of Suffield, CT, Robert (Mary) of Ludlow, MA, and Mary (Mark) Morel of Merritt Island, Florida, as well as 15 grandchildren and 22 great-grandchildren.
Al served in the MA State Guard and the Mass. National Guard. He moved his family from Worcester to Springfield in 1960, and has resided in Wilbraham, Belchertown, Palmer Alaska, and most recently, at Mary’s Meadow in Holyoke.
Al retired from Johnson & Johnson Company in 1986, where he achieved top salesman in the U.S. He served as Selectman in Belchertown from 2003 to 2009, and on many committees there. He was one of the organizers of Pine Valley Plantation in 1986, and served as President, VP, and Treasurer for many years. He sat on the Board of the Belchertown Senior Center, and provided the flags of the Armed Forces at South Cemetery. He was a member of the Knights of Columbus (Council 10698), a Notary Public, member of Hampden County Deputy Sheriff Assn., local and National Republican Committees, and a faithful volunteer at the Holyoke Soldiers Home. He was a communicant of St. Francis Church in Belchertown.
Al and Dorothy visited all 50 of the United States, and moved to Alaska in 1989, spending 7 wonderful years there, before returning to MA. He faithfully spent 7 days a week by his wife’s side at Holyoke Soldiers Home, until she passed in 2006.
Calling hours will be held Monday February 10 from 4-7 pm at the Beers & Story Funeral Home in Belchertown. Family and friends may gather at the funeral home at 9:00 am on Tuesday to process to a Mass of Christian Burial at 10 a.m. at St. Francis Church. Burial will follow in South Cemetery. Memorial donations may be made to the Belchertown Senior Center or the Holyoke Soldiers Home. The family extends their deep gratitude to the staff at Mary’s Meadow for their loving and compassionate care.