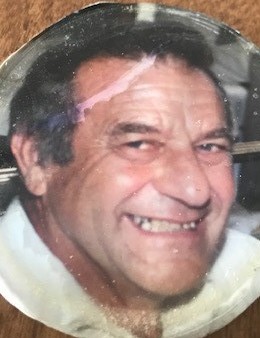 Belchertown-Anthony W. Rossi, 89, passed away at home with the love of his family surrounding him.  Born November 9, 1930 in Northampton, he was the son of Nicholas and Agnes (Gazzillo) Rossi.  Anthony grew up and lived in Amherst until 1970.  He proudly served his country in the US Army during the Korean conflict, and received a purple heart.  For over 22 years, Tony worked as the manager at the University Horticultural Research Center in Belchertown.  Enjoying the outdoors, Tony loved to hunt and bird watch.  He was an avid reader and kept his mind sharp with the Sunday jumble, crossword puzzles and cryptic message.  He was also an enthusiastic NY Giants fan, always enjoying the game of football.  Tony will be long remembered by his wife of 65 years, Jeannette (Brodeur) as well as their children, Dianne and Kenneth Anastasi of Topsfield and Michael and Kathy Rossi of Belchertown.  He also leaves his step grandson, Daniel Cronin and his wife, Kate, several nieces and nephews as well as his two sisters, Marcia Shumway and Rosemary Gorman and sister-in-law, Sandra Rossi.  Anthony was predeceased by his two brothers,  Richard and Donald Rossi.  Due to the current state of affairs, services will be held at a later date.  Beers & Story Belchertown Funeral Home has been entrusted with the arrangements.  In lieu of flowers, kindly make donations in his memory to the Richard Rossi Scholarship at ISENBERG SCHOOL OF MANAGEMENT, University of Massachusetts Amherst
121 Presidents Drive, Amherst, MA 01003.

To send flowers to the family or plant a tree in memory of Anthony Rossi, please visit Tribute Store