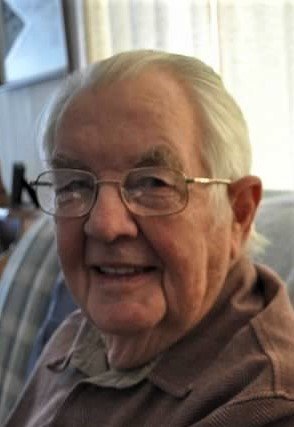 Obituary of Leonard A. Waite

Belchertown—Leonard A. Waite, 89, passed away peacefully at home with his loved ones beside him on March 18, 2020. Born April 7, 1930 in Springfield, Massachusetts, Len was the son of Milton and Irene (Joubert) Waite. He graduated from West Springfield High School in 1948, where he majored in agriculture and served as president of the Future Farmers of America. He proudly served his country in the US Air Force during the Korean War, and after leaving the service lived in Windsor, Massachusetts, before moving to Belchertown in 1956. In 1957, he finished building the home that he has lived in and maintained for the past 63 years. Len worked at Titeflex Corporation, an aerospace manufacturing plant in Springfield, for more than 30 years, serving first as a tube bender and later as a methods engineer.

Throughout his years in Belchertown, Len turned his agricultural interests to growing and selling strawberries, blueberries, and assorted produce at his roadside stand and at various local Farmer’s Markets. After retirement, he devoted himself to building and managing a flourishing greenhouse business, selling annual and perennial flowers, along with vegetable and herb plants at his Bay Road business, Bay Path Gardens. He annually entered his flowers and produce into the Belchertown Fair, repeatedly winning numerous first place and grand prize ribbons. As recently as last summer Len could still be seen working in his garden with joy, planting onions with his homemade hole punch and his cane, planting and hoeing potatoes, and picking his produce, which he generously shared with family and with all who visited. Other hobbies included a passionate love for hunting and fishing, expressing a great love for the natural world. For many years, he also participated in a candlepin bowling league at Ware, Massachusetts, bowling for a team sponsored by Gates Garage in Belchertown. He was an avid fan of the Boston Red Sox, the New England Patriots, the Boston Celtics, and the Boston Bruins, reveling along with local fans as our regional teams won championship after championship over the past 20 years. Len’s activities extended to the craftsmanship of woodworking, keeping a small woodworking shop, where he produced furniture, bird houses and feeders, and a wide variety of other items both for sale and as gifts for family and friends. Especially during the winter months, Len enjoyed building jigsaw puzzles, often gluing them and mounting them in handcrafted frames. In recent years, Len developed an avid love of books, reading more than 200 in the past five years or so. His talent for small engine repair allowed him to maintain his own automobiles and equipment, and he was an inexhaustible reservoir of practical knowledge and advice for others. His hardworking spirit and endless ingenuity made him a true Mr. Fix-It.

His love will forever remain with his devoted and loving wife of 66 years, Virginia (McGarrett), along with their children, Ronald of Belchertown, Laurie Waite and partner Michael Rhodes of Templeton, and Susan Waite and husband José Rubero of Belchertown. In 2014, Leonard was predeceased by his son Steven. He was also predeceased by his two brothers, Francis and Harold. Len’s three granddaughters, Jessica McKemmie, Sarah Rhodes, and Briana Rubero will also cherish his memory, as will numerous nieces, nephews, and other extended family members and devoted friends. Len was a kind, gentle, wise, generous, and genuinely good man, who will be deeply missed by all who knew and loved him. In consideration of everyone’s health and wellbeing, services will be held at a later date. Beers & Story Belchertown Funeral Home has been entrusted with the arrangements. To honor his memory, please consider donations to Hospice or a charity of your choice.

To send flowers to the family or plant a tree in memory of Leonard Waite, please visit Tribute Store

Share Your Memory of
Leonard
Upload Your Memory View All Memories
Be the first to upload a memory!
Share A Memory
Send Flowers