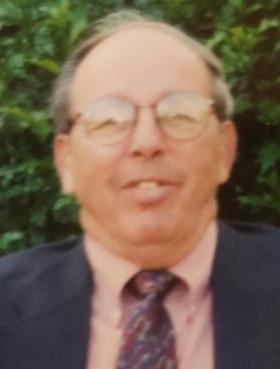 Chicopee--Arthur Joseph Gauthier, 77, passed away surrounded by his loving family on Friday, July 24, 2020 after a courageous battle with Alzheimer’s Disease. Son of the late Joseph and Graziella (LaBarre) Gauthier, he was born on January 7, 1943 in Fall River, MA. Arthur proudly served his country in the United States Navy for several years.  Later, he was a professional installer of restaurant equipment at both Kitteridge and Holyoke Equipment and later went on to work as a Sales Clerk for White Wing Convenience and Gas Station in South Hadley, MA.

Arthur will be dearly missed by all who knew him, including his loving wife, Joan (Hosta) Gauthier; his two children, Kimberly of Springfield and Margo of New York; his sister, Elaine Waterman of Springfield, and his two brothers, Christopher Lane of Greenfield and Robert Gauthier of Springfield; his two grandchildren Calista and Arianna; his aunt Lorraine Aguiar and uncle, Frank Aguiar of Tiverton, Rhode Island as well as many nieces, nephews. A period of visitation will be held Thursday, July 30, 2020 from 10am-11:30am, followed by a funeral home service beginning at 11:30 am at Beers & Story Funeral Home, 646 Newton St, South Hadley, MA 01075. In lieu of flowers, memorial donations may be made in his name to The American Lung Association, 55 W. Wacker Drive, Suite 1150, Chicago, IL 60601 or to the Alzheimer’s Association, P.O. Box 96011, Washington, DC 20090-6011. Beers & Story entrusted with Arthur’s arrangements.

To send flowers to the family or plant a tree in memory of Arthur Gauthier, please visit Tribute Store
Thursday
30
July

Share Your Memory of
Arthur
Upload Your Memory View All Memories
Be the first to upload a memory!
Share A Memory
Send Flowers