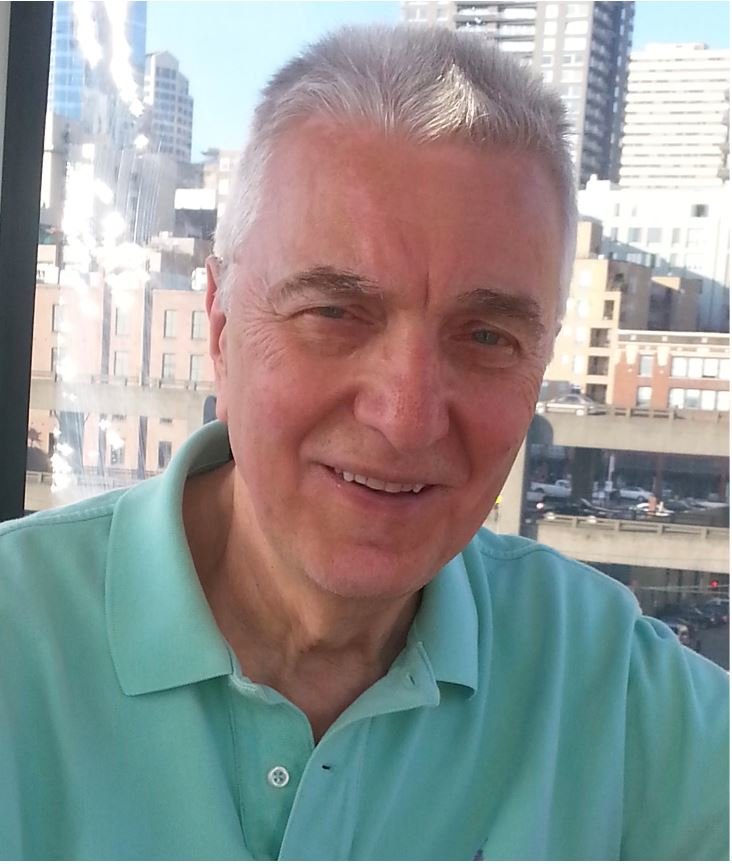 Obituary of Carl A. Bellefeuille

South Hadley-It is with great and deep sadness that Carl A. Bellefeuille, 77, passed away at home the morning of February 16, 2021, surrounded by the love of his family.  He was born to Armand and Frances (Paradowski) Bellefeuille on November 29th, 1943 in Holyoke, MA. and grew up in Holyoke where he attended Holyoke Schools and American International College of Springfield. Carl will be fondly remembered for his great sense of humor ("I've got a million of them"... ) and the deep love and admiration he had for his family.  Carl was a devoted employee to Dow Jones & Co. Inc for 46 years. When Carl was not perfecting his golf swing on the golf course, he found leisure in many other sports, such as tennis, bowling, racquetball and as well as in traveling with his family to many memorable places.
Carl is survived by the love of his life, Sylvie (Coulombe) of 45 years and two devoted and cherished daughters; Sarah Y. and Danielle Q. of South Hadley.  He is also remembered by his brother, Robert and his wife Rosalie of Holyoke and sister, Nancy Reno along with her husband Ed of Holyoke. Carl is also leaving behind sister-in-law, Lyse Protzenko of Myrtle Beach, SC; brother-in-law Andre Coulombe and his wife Stacie of Chicopee; brother-in-law, Alan Coulombe of Myrtle Beach, SC; mother-in-law, Lucille Coulombe of Myrtle Beach, SC and many nieces and nephews. In addition to his parents, Carl is predeceased by his brother-in-law, Paul Protzenko.
Beers & Story Funeral Home has been entrusted with the private services of the family. In lieu of flowers, the family has asked for donations to a charity of your choice.

To send flowers to the family or plant a tree in memory of Carl Bellefeuille, please visit Tribute Store

Share Your Memory of
Carl
Upload Your Memory View All Memories
Be the first to upload a memory!
Share A Memory
Send Flowers