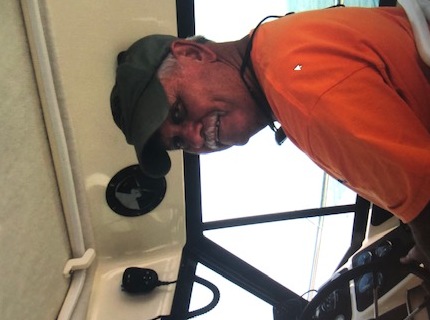 Son of the late George Sr. and Mary (Arnott) Boyle, he was born in Everett, MA on June 21, 1941. After graduating from high school, George proudly served in the United States Navy from 1965-1967 during Vietnam, leaving with the rank of IC3-E4. He graduated from the U.S. Naval Training Center, Great Lakes, IL, receiving the “American Spirit Honor Medal”, a very prestigious award. George received his Bachelor’s Degree from UMass Amherst, and retired in 1999 as the South Hadley Planning Director.

George’s love for Cape Cod and the ocean ran deep in his soul. Those who were lucky spent time with him on the ocean during his yearly fishing trips. George took great pleasure in teaching his granddaughter how to dig for clams, oysters and mussels at Scudders lane in Barnstable.

George had a unique ability to fix anything that dared break in front of him. One of George’s many passions was woodworking. His most recent project was a smoker stand he built for his son’s smoker. This past summer George spent many weekends enjoying the smoked meats his son labored over.

George’s heart was big and his love for his family was immeasurable. George will be missed by all who knew him, including his loving wife of 54 years, Elisabeth (Coderre) Boyle; his son Stephen and his wife Cindy of South Hadley, and their daughter Anna. George also leaves behind his brothers, Rev. Richard Boyle SJ, Paul Boyle and his wife Bonnie, and his sister, Barbara DeGregorio and her husband Robert, as well as many nieces and nephews.

Services for George will be private and at the convenience of the family. Memorial donations may be made to Barnstable Association for Recreational Shellfishing at https://shellfishing.org or to Rainbow Rescues, PO Box 1179, Easthampton, MA 01027.

To send flowers to the family or plant a tree in memory of George Boyle, please visit Tribute Store

Share Your Memory of
George
Upload Your Memory View All Memories
Be the first to upload a memory!
Share A Memory
Send Flowers