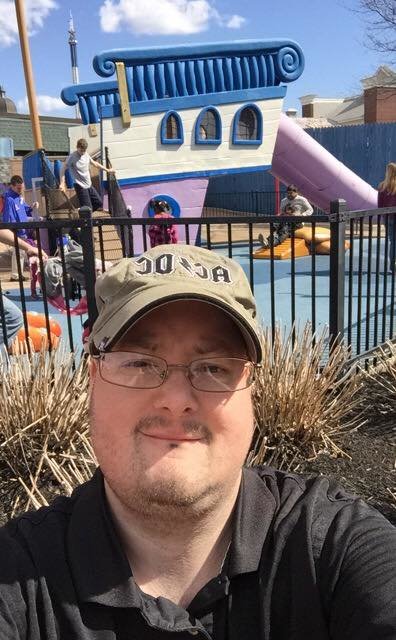 Alfred Marcel Nadeau, Jr was born March 10, 1978; to the late Alfred Nadeau, Sr. and Judy Parent Nadeau in Holyoke, MA. Alfred, Freddy as he preferred to be called was no ordinary person and this is not your ordinary obituary.

Freddy was one of those people that was larger than life. And when he brother Damion was born in 1979, they were a force to be reckoned with. “The boys” as their grandmother the late Georgette Fournier Nadeau nicknamed them where as thick as thieves and each other’s right-hand man.

Growing up Freddy lived in Chicopee and Holyoke, and often spent extended amounts of time with Georgette and his dearest aunt Beatrice McAuliffe, who were happy to help Alfred Sr and Judy with “the boys” any way they could.

When Freddy was just a toddler, he was known for being kind and was already the life of the party. Freddy and Damion were well known in their family for their rendition of “Elvira”, passing the gift of this song down to younger generations of the family.

But Freddy was more than that. He was a fierce protector. This was no more apparent than when his younger siblings Timmy, Suzie and Faith came along.

He wasn’t just a protector of the young, he saw it as his duty to protect everyone in his sphere – from his mother to his aunts and even his extended cousins – but most importantly his mom, Judy. Even as Freddy health declined, he was always more concerned with how other people where doing.

Freddy is predeceased by his confidant Kenny Wheeler. Freddy and Kenny where well known for their antics all through school and beyond. They could often be found hanging around the pool hall, the bowling alley, or driving on “the drive” – he did graduate in 1997 after all. And if you’re part of Generation X like Freddy, you know what this meant to a teenager. We can only hope that Georgette is keeping Kenny and Freddy both inline on the other side. Although, one could argue Kenny and Freddy should be given a chance to be themselves together, after all this time.

Speaking of Freddy graduating in 1997, he graduated from Chicopee Comprehensive High with a specialty in horticulture. Freddy certainly loved all things beautiful; and appreciated God’s glory in all the small things.

Freddy loved to travel and was fortunate enough to have been able to see many parts of the country thanks to his aunts, uncles and siblings. As an adult his love of adventure continued and he was always game to attend the next wrestling match, or go to the amusement park, or the beach. Even if he couldn’t ride all the rides, or swim he was always so happy to see his nieces and nephews enjoying themselves. Freddy would do anything for his nieces and nephews and took a special pleasure in spoiling them whenever he could.

Freddy’s kind heart and family-first attitude was no more apparent than during Fournier Family Reunions. As a child Freddy loved attending these annual gatherings, and as an adult he was an active member of the planning committee and could be found helping clean-up long after everyone else had gone home.

Freddy spent his final months at Day Brook Village Nursing Home in Holyoke, MA; where he liked to give the nursing staff a run for their money when by ordering Chinese food at all hours and providing them with constant critique on their level of service. But one to always feel bad for acting unkindly, he would often buy donuts for the nursing staff as an apology.

As a child Freddy was Baptized and made his First Holy Communion at Our Lady of Perpetual Help in Chicopee, MA. He was Confirmed into the Catholic Church in 2014 at St. Elizabeth in Ludlow, MA where he also took upon the role of godfather to his nephew Eugene.

Freddy also leaves behind his brother Damion and his wife Kate of Belchertown, MA, by his brother Timothy and his wife Rhonda of New Jersey, his sister Susan and her fiancé Ricky Vazquez of Holyoke, MA and his sister Faith and her husband Mathew Lindsay of Colorado.

Freddy is also survived by his beloved Kaitlyn.

Freddy leaves behind many cousins, second cousins, and a whole extended family that could fill a football field.

Last but not least, Freddy also leaves behind his most precious nieces and nephews: Taylor, Raymond, Isabella, Kyleigh, Alexander, Teddy (who like Freddy, doesn’t like being called his legal name), Eugene, Adrian, Aliana, Tiana, and baby Santos.

Freddy had a childlike heart, an old soul, and lived life for the here and now.

Calling hours will be held on Tuesday, May 11th from 9:00 am-11:00am with a prayer service at 11:00 am at the Beers & Story South Hadley Funeral Home.    Burial will follow in Notre Dame Cemetery.

In lieu of flowers the family is requesting donations be made in order to provide Freddy with the send-off and funeral he deserves. Donations can be made at any Florence Savings Bank location, via the Fred Nadeau Memorial Fund; or they may be made online at GoFundMe.com/f57e6f16.

To send flowers to the family or plant a tree in memory of Alfred Nadeau, Jr., please visit Tribute Store
Tuesday
11
May