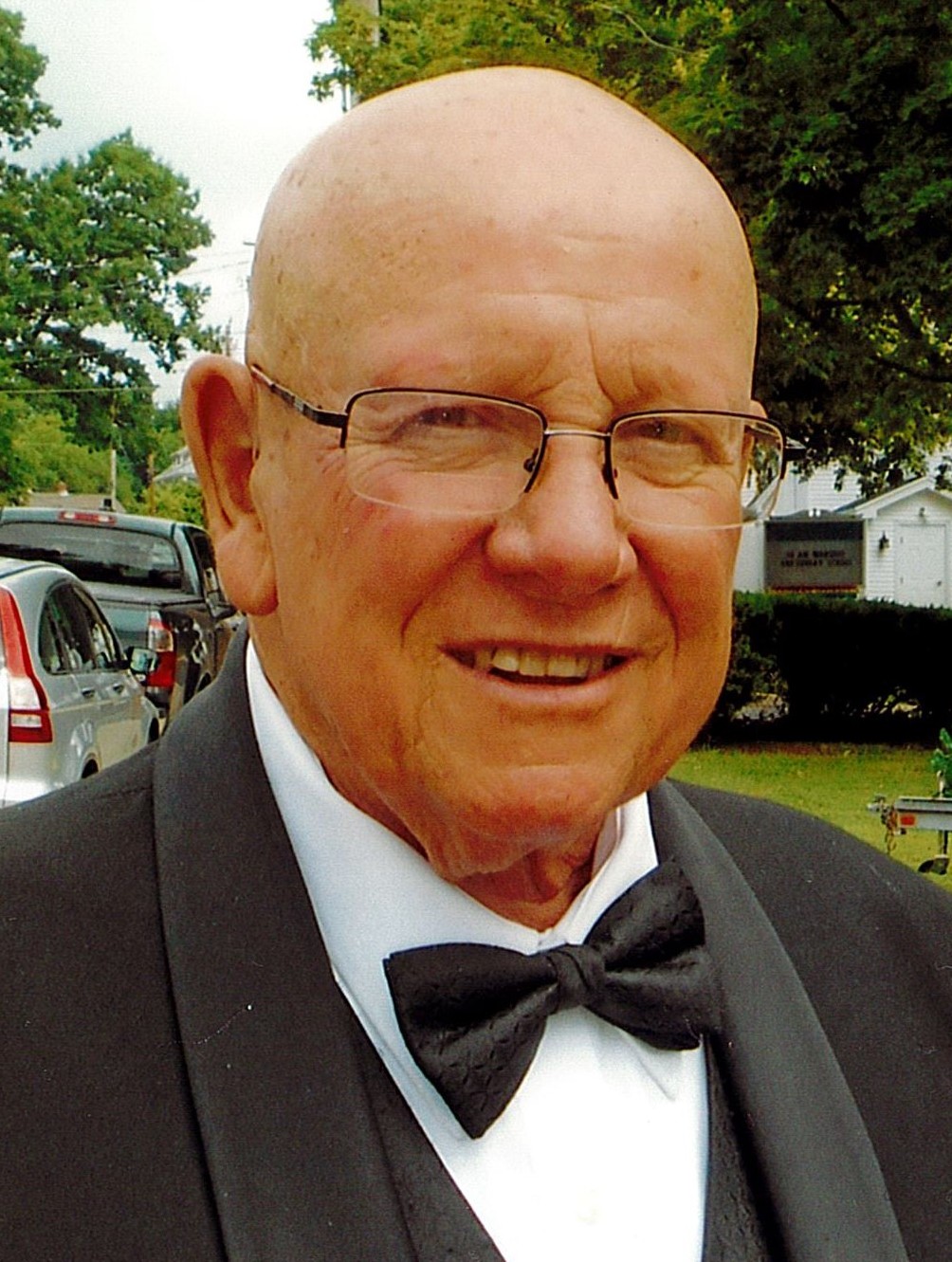 Obituary of Henry A. Fusari

South Hadley—Henry A. Fusari, 83, passed away peacefully at home surrounded by his loving family on July 6, 2021. Son of the late Henry Peter and Ethel Grace (Ellison) Fusari, he was born in Holyoke on August 1, 1937. Henry was a veteran of the U.S. Air Force, serving from 1957 until his honorable discharge in 1963. He was stationed in the Philippines as a Morse Intercept Operator. After receiving his Master’s Degree, Henry worked for many years as an accountant for United Engineers, and later for Acme Chain, where he made lifelong friendships. He then took over the family business, Holyoke Lock Co., before handing the reins to his son upon his retirement.

“Bunky,” as his friends lovingly referred to him, was the epitome of a people-person. He provided an abundance of light, laughter, and good food to the many friends and family in his life. Nothing made Henry happier more than a room full of loved ones; it seemed like he had endless stories to share. He was especially known for his great off-the-cuff one-liners that never failed to get an “Oh, Henry!” in response. His boisterous personality was one of the best things about him.

In his younger years, Henry enjoyed flying small planes. He also loved to be out fishing or playing a round of golf. In spring and summer, could always be found outside in his garden tending to his vegetables. It didn’t matter the heat, Henry would have stayed outdoors forever. He took many camping trips with his best friends, his late brother-in-law Peter Edge, and his sons to Pittsburg, NH—a place that the men dubbed “Kerosene Kingdom.”

Henry and his late wife, Sandra, enjoyed annual trips to Ocean City, MD. He always spoke of his cherished memories of a trip to Italy to see the town that his ancestors’ came from. The porch of the weathered house on Cape Cod was one of his favorite places to be. He loved sharing the vacation home with family and friends, making memories that his children, grandchildren, and even great-grandchildren will always remember.

Henry was overflowing with pride for all of his grandchildren. He never failed to brag about all of their accomplishments, even to strangers. The family consensus has deemed him “World’s Best Grandpa.” He happily hosted never-ending sleepovers, shuttled grandkids to and from school, and showed up for sports, plays, dance recitals, and more.

It was important for Henry to be a purposeful part of the community. He was a proud member of the South Hadley Lions Club and the Melha Shriners. He was also a Freemason with the Mount Holyoke Masonic Lodge, serving as Worshipful Master for many years. He was a part of the York and Scottish Rites. Henry and Sandra were both very dedicated parishioners for many years at the Church of Christ Congregational in Granby.

From an early age, Henry was a natural caretaker. He was there to help anyone in his life that needed him. When he was young, he supported his family when his father was sick, and cared for his brother. Over the last several years, Henry was dedicated to taking care of his wife, Sandra. It was evident the love he had for her. They spent 56 happy years as husband and wife building a beautiful life together.

Henry leaves behind his daughters, Sally Poudrier and her husband, Paul, and Kristen Roy and her husband, David; his sons Thomas Fusari and his wife, Laura, and Joseph Fusari and his wife, Joanne; his 12 grandchildren, Brandon, Nathaniel, Michael, Taylor, Allison, Olivia, Caralyn, Mara, Alexandra, Daniel, Samuel, and Matthew; his 8 great-grandchildren, Cayden, Caleigh, Julia, Jackson,  Sophia, Hunter, Noah, and Finn; as well as many extended family members and friends.

Visitation will be Monday, July 12, 2021 at Beers & Story South Hadley Funeral Home from 10:00-11:30am with a funeral home service beginning at 11:30am. Burial will be private and at the convenience of the family.

In lieu of flowers, memorial donations may be made to Church of Christ Congregational, 235 State St, Granby, MA 01033 or to Shriners Hospitals for Children, 516 Carew St, Springfield, MA 01104.

To send flowers to the family or plant a tree in memory of Henry Fusari, please visit Tribute Store
Monday
12
July

Share Your Memory of
Henry
Upload Your Memory View All Memories
Be the first to upload a memory!
Share A Memory
Send Flowers