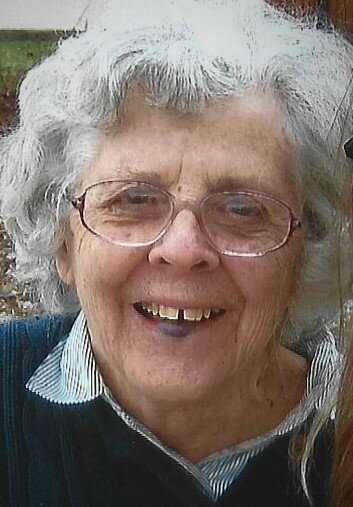 Palmer- Beverly Anne (Horner) Pease, 84, of 38 Pearl St. was mercifully taken home to God on Thursday, January 27, 2022, after a two-year battle with cancer. Her husband, son, and daughter were with her, and grandchildren had said their goodbyes earlier in the week. Born in Springfield, Massachusetts on May 17, 1937, she was the daughter of Roy and Margaretta (McClenaghan) Horner, and predeceased by her sister Jacqueline Prior of Hampden. The Horners were East Springfield residents, first on Ardmore Street, later moving to Edendale Street.

As a teen, Beverly was very active at East Congregational Church, where the Rev. Donald Simpson was pastor. “Don's Do-ers” was a service group in which Beverly participated with her friends. As a Girl Scout, she looked forward to summers at Camp Bonnie Brae in East Otis. Her parents held high offices in the Masonic organization, and Beverly followed suit as a Rainbow Girl. While her sister Jackie was a talented artist, Bev always leaned toward music, and took lessons on the old upright piano in her basement. This was to portend well for her future.

It was an easy walk to her elementary school, Samuel Bowles, which was right next to

the church she attended. All kids in East Springfield moved on to Van Sickle Junior High, and she with her friends could either walk, bicycle, or take the bus. Of the four high schools available to Springfield students, she selected Classical High (now converted to apartments), and her musical training continued. Beverly chose the University of Massachusetts, and took courses directed toward Elementary Education. Graduating in1959, she was highly qualified to accept a position at her old grammar school, Samuel Bowles.

Attending UMass at the same time was Nelson Pease, her friend since childhood, who enrolled in a Master's program at Cornell. When Bev was invited out to Ithaca in 1960, she was presented with an engagement ring atop the famous bell tower, and they were married on June 25 of that year. Her husband--an ROTC officer--was called into active duty and reported to Ft. Knox, Kentucky. Beverly, pregnant with her first child, followed later, and subsequently her husband was re-assigned to the Second Armored Division at Ft. Hood, Texas, where Laurie Linnea was born. After being extended twice by the Army, they returned to Springfield to a home they had purchased near East Longmeadow. A son, Benjamin Roy, was later welcomed into the family here.

The family of four moved to Palmer in the '70s where Beverly became business manager for two family concerns: N.B. Pease & Co. (antique cars), and The Pease Collection of Historical Instruments on Main St.  On the weekday mornings she would hold “Pearl Street School” on the front porch providing son Ben a solid substitute for     kindergarten. The couple also created and maintained “The Museum,” which is a venue for special occasion concerts featuring19th-century instruments. In that connection, Beverly for ten yours held the office of Publications Secretary for the International Reed Organ Society, and managed orders for archival material. She was also responsible for the Media Tables at the biennial conventions of that organization.

Beverly will be sorely missed by her husband Nelson of Palmer, their daughter Laurie (Pease) Johnson and husband Joel of St. Paul, Minnesota, together with their children Emma and Clara (Johnson) Cypull and husband Michael. Their son Ellis (3 in May) livens up the family home, and his new brother is due in March. The Peases’ son is Rev. Benjamin Roy Pease, who serves a church in Berlin, Connecticut. He and his wife Christianne (Rich) have three children, Timothy, Corinne, and John.

A service celebrating the life of Bev Pease is planned for Tuesday, February 15th, 11:00 a.m. at the Evangelical Covenant Church, 915 Plumtree Rd., Springfield, MA 01119. In lieu of flowers, memorial contributions may be made to the church.

To send flowers to the family or plant a tree in memory of Beverly Pease, please visit Tribute Store
Tuesday
15
February

Share Your Memory of
Beverly
Upload Your Memory View All Memories
Be the first to upload a memory!
Share A Memory
Send Flowers