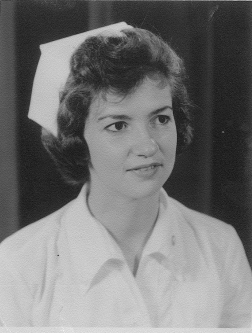 Obituary of Joan B. Santucci

Palmer- Joan B. Santucci, 88, passed away peacefully March 22, 2022. She was born on June 30, 1933 in Palmer to the late Leopold and Mildred H. (Vermette) Santucci. Joan proudly served in the U.S. Air Force as a nurse during the Korean War era. Following her honorable service in the military, and with a deep dedication to helping others, Joan continued her career as a Licensed Nurse Practitioner for many years. Joan enjoyed being close to the ocean and visiting many beautiful places, California being one of her favorites. She loved flowers, the color pink and animals, especially cats. Joan always had a positive energy that could instantly brighten the lives of those around her. She will truly be missed by many. Besides her parents, Joan was predeceased by her siblings, Leona Brown, Afred Santucci, Robert Santucci, Janet Levesque, and Thomas Santucci Sr., and her nieces, Judith A. Brown and Debbie Santucci. She is survived by her nieces and nephews, Craig Levesque and wife Chelsea, Dan Levesque, Lisa Ronaldson and husband Leif, James E. Brown and wife Diane, Brian P. Brown and wife Kathy, Sue Ann Brown Jarvis and husband Wayne, Thomas Santucci Jr. and late wife Sarah, Jean Garnett, Mark Santucci and wife Pam, Scott Santucci and wife Cindy, Annmarie Santos and husband Richard, Paul Santucci and wife Wendy, Lynn Peterson husband Rich, Tina Smith, Donna Leary and husband Tim, Bobby Santuccci, Robin Pelletier and Tracy Jimenez-Paul and husband Raul, as well as many extended family and friends. Visitation will be held on Monday, March 28th from 9:30-10:30 a.m. at the Beers & Story Palmer Funeral Home. A Funeral Mass will follow at 11:00 a.m. at St. Thomas the Apostle Church in Palmer. Burial will be held later in the Spring. In lieu of flowers, donations may be made in Joan's memory to the MSPCA.

To send flowers to the family or plant a tree in memory of Joan Santucci, please visit Tribute Store
Monday
28
March

Share Your Memory of
Joan
Upload Your Memory View All Memories
Be the first to upload a memory!
Share A Memory
Send Flowers