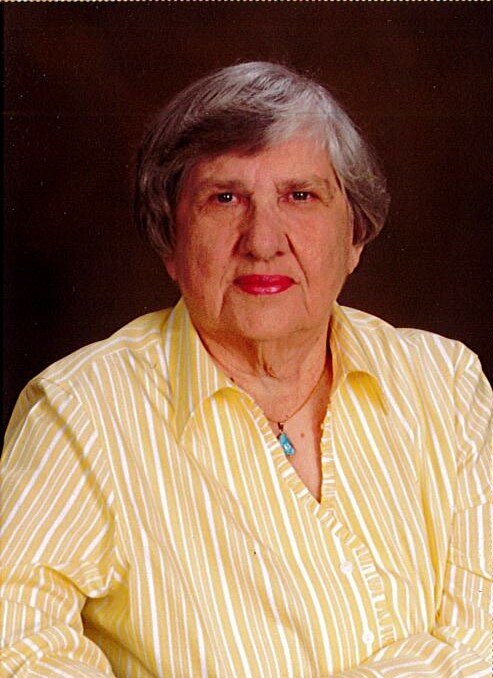 Joan Estelle Ciruti of Amherst died on March 26, 2022 at the age of 91. Born and raised in southern Louisiana, Joan was the daughter of the late Joseph A. Ciruti and Olga (Jordan) Ciruti. She had one brother, Robert W. Ciruti, who predeceased her in 1998.
After discovering in high school that she enjoyed learning foreign languages, Joan majored in Spanish in college and later pursued a career in higher education. A bachelor's degree from Southeastern Louisiana College in 1950 was followed by an M.A. from the University of Oklahoma and a Ph.D. from Tulane University. Joan returned to the University of Oklahoma as a member of the faculty in the Dept. of Modern Languages in 1957. In 1959-60 she took a leave of absence to work for a year in Washington D.C., on a program of institutes funded under the National Defense Education Act of 1958 that was designed to improve and modernize the way foreign languages were taught in American schools.
She left Oklahoma in 1963 to join the faculty of Mt. Holyoke College, where she was a chair of the Dept. of Spanish and Italian for several terms and also served a three-year term as Dean of Studies. In 1977 she was named Professor of Spanish on the Helen Day Gould Foundation. Toward the end of her career, Joan again worked to modernize the teaching of foreign languages by chairing a committee that planned and helped bring to fruition a new building equipped to employ modern technology such as computers and video. When she retired form Mt. Holyoke in 1992, that building was renamed the Joan E. Ciruti Center for Foreign Languages.
Joan is survived by her adopted family of Melinda C. Watson and David R. Roulston of Greenfield and their children: Marielena, Michael and Matthew Roulston. Beers & Story Funeral Home have been entrusted with the arrangements. A memorial gathering will take place at Mt. Holyoke College at the convenience of the family. In lieu of flowers, donations may be made to Mt. Holyoke College.

To send flowers to the family or plant a tree in memory of Joan Ciruti, please visit Tribute Store

Share Your Memory of
Joan
Upload Your Memory View All Memories
Be the first to upload a memory!
Share A Memory
Send Flowers