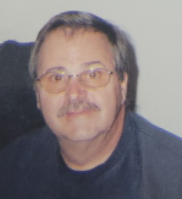 Obituary of Daniel A. Hull

Palmer-Daniel A. Hull, 80, passed away unexpectedly on March 24, 2022. Born May 16, 1941 in Rochester, New Hampshire, he was the son of Lorril R. and Ruth H. (Nacsin) Hull. Dan served in the US Navy during Vietnam and for over 30 years, worked as a machine operator at Pierson Industries. He retired from Wrights and then went on to be employed at Goodwill after his retirement. His love of golf brought him to many country clubs and his love for loud rock and roll music filled his massive record collection. He also enjoyed cooking and baking along with his photography for Darkside Racing. Dan's greatest passion was for his family. He will be dearly missed by his daughter, Claudia Roach and her husband Scott of Ware, along with grandchildren, Christa Gelinas of Monson, Daniel Terranova of Monson, and Serenity Hull of Ware. Dan also cherished his great grandson, Jacobe Jackson. Besides his parents, he was predeceased by his brother, Robert in 2010, his daughter Cheri Hull in 2018, and his granddaughter Heavenlee Star Hull in 2019. Beers & Story Palmer Funeral Home has been entrusted with the arrangements. In lieu of flowers, donations may be made to either Shriner's Children's Hospital or Make-a-Wish Foundation.

To send flowers to the family or plant a tree in memory of Daniel Hull, please visit Tribute Store

Share Your Memory of
Daniel
Upload Your Memory View All Memories
Be the first to upload a memory!
Share A Memory
Send Flowers