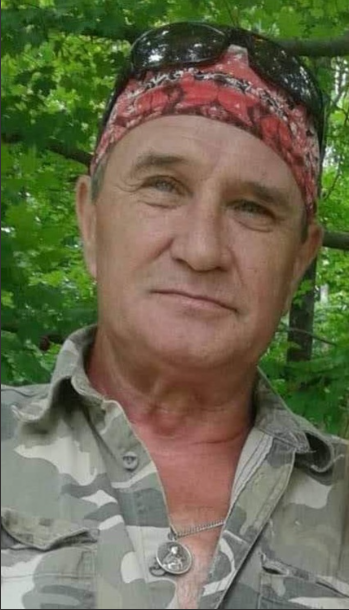 Alan Wayne Lazarz, 63 of Palmer, Massachusetts, passed away peacefully on April 15, 2022 surrounded by his family. Born and raised in Belchertown on November 21, 1958, Alan was pre-deceased by his parents, Albert and Shirley Lazarz of Monson and the love of his life Mary Lou Furtek of Palmer. Alan is survived by his 4 loving children, daughter Sherry and Thomas Saunders of Niagara Falls, NY, Son Jason Lazarz of Belchertown, Son David and Jennifer Lazarz of Niagara Falls, NY and Son Thomas Lazarz of Palmer. Alan was the eldest of 6 siblings, all of whom were his best friends, Robert Lazarz and long-time partner Carole Wheeler of Belchertown, Patricia Lazarz of Sebastian, FL, Michael Lazarz and partner Lisa Muratore of Carolina Beach, North Carolina, Laurie Lazarz and long time partner Tony Veal of Covington, GA and Albert Lazarz of Belchertown. The light in Alan's life were his 8 grandchildren, Mercedes, Lauren, Jase, Jaylie, William, Aly, Hunter and Jason along, with his 2 great grandchildren, McKenna and Nico. Alan also leaves behind numerous aunts and uncles, cousins, nieces and nephews, his chosen spiritual family, whether life-long or new, his dear friends, and his very special friend Amanda. He also leaves behind his best friend and extremely loyal dog, Lucy. Alan's happiest days of his life were at their best when he either had the sun in his face and wind in his hair with roaring motorcycles beside him, perched up in a tree stand enjoying his love of hunting, his past-time favorite, reeling for fish with his “Cuz” Bill Huges and friend Bill White, listening to country music or watching his favorite team, the New England Patriots. Alan is best described as a loving and kind giver who was full of empathy, at times to a fault, full of fun, and even a little wild at times. Alan will be greatly missed by all who knew him. Alan's family would like to thank everyone for their daily prayers and emotional support through this difficult time, especially his personal care givers and friends Anne Rose and Karen. Visitation will be at Beers & Story Belchertown Funeral Home on Wednesday, April 20 from 4pm-7pm, with words of prayer and remembrance at 6:30pm. In Lieu of Flowers, donations can be made to the American Cancer Society or a hospice group of your choice.

To send flowers to the family or plant a tree in memory of Alan Lazarz, please visit Tribute Store
Wednesday
20
April

Share Your Memory of
Alan
Upload Your Memory View All Memories
Be the first to upload a memory!
Share A Memory
Send Flowers