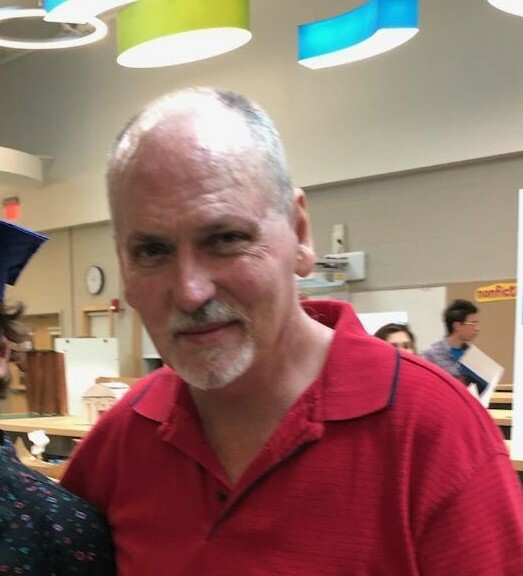 Roger Albert Fontaine- Granby, MA age 76. Roger was born in Providence Hospital in Holyoke on October 14, 1945. Youngest son of Oscar R. Fontaine and Lucienne Marie Desorcy, who were both born in Canada. He died peacefully at home surrounded by his family on April 17, 2022.

Roger was pre-deceased by his beloved wife, Claudette L. Fontaine (Grondin), who passed on May 19, 2005 of cancer. Roger and Claudette were united in love on June 22, 1974. They were happily married for 31 years when Claudette past.

Roger received his Batchelor of Arts from the Universite de Montreal in 1968. He also received a Master of Arts from Assumption College in Worcester which focused on Religious Education in 1980. He retired in 2011 from the United States Postal Services after 31 years.

He was an avid Granby Rams fan and could be heard from the side lines cheering on the team. He enjoyed watching his daughters and later his grandsons play sports.

Prior to Covid, Roger was a regular attendant to Immanuel Lutheran Church in Amherst. He enjoyed singing in the choir and being part of the congregation. He enjoyed going to the Senior Centers in many communities for daily lunches and became a facet of their community. He met his best friend, Lewis Stein, at the Northampton Senior Center.

He leaves his eldest daughter, Renee Fontaine-Kennedy, her fiancé, David Babine, and 3 sons, Andrew Fontaine (Ludlow), Collin and Gavin Kennedy all from Granby. His younger daughter, Tina Fontaine, her partner Gerard Keegan, and their children, Hudson and Piper Keegan all from Roslindale, MA. His very dear sister, Lucielle Pare, who was his daily companion. They enjoyed going for walks and lunches with each other, until he became sick. His sister, Irene Blanchard and her husband, William, of Florida. He was predeceased by his brother, Donald Fontaine. He leaves his beloved sister in laws and their husbands, who maintained their closeness even after Claudette’s passing. Roger also leaves family and friends who he loved dearly.

In lieu of flowers, please send donations to the Cancer Society or Multiple Sclerosis Society. A Memorial Service will be held at the Immanuel Lutheran Church, 867 North Pleasant Street in Amherst on Tuesday April 26, 2022 at 11:00 am. A calling hour will be held prior to the service from 10:00-11:00am at the church. Procession to the West Street Cemetery in Granby will follow the service. Beers & Story South Hadley Funeral home was entrusted with the arrangements.

To send flowers to the family or plant a tree in memory of Roger Fontaine, please visit Tribute Store

Share Your Memory of
Roger
Upload Your Memory View All Memories
Be the first to upload a memory!
Share A Memory
Send Flowers