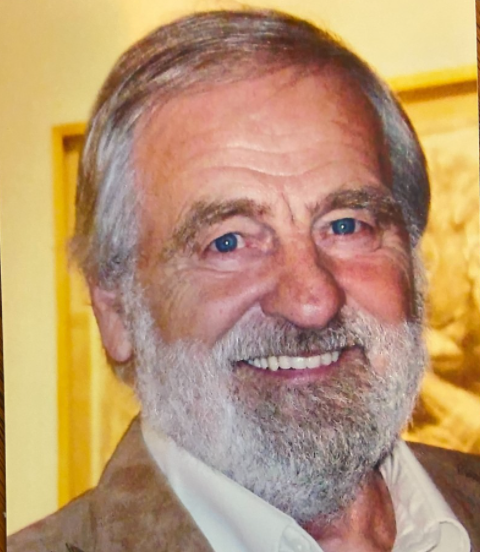 Obituary of Robert I. Calkins

Robert I. Calkins, 84, of Venice, Florida who grew up in South Hadley and was a resident of Belchertown for many years, was called safely home with his loving family by his side on Saturday, February 19, 2022. Son of the late Irving and Dorothy (Fuller) Calkins, he was born on December 3, 1937 in Holyoke.  Robert later went on to proudly serve his country in the United States Marines. He was a member of headquarters company 9th Marines in Japan, Okinawa, and in the Philippines.

After his honorable service, he worked for many years for Western Mass Electric in W. Springfield, working his way up the ranks, retiring as plant manager. In addition to his work with the electric company, he was also a passionate musician, working in the music business his entire life. He enjoyed playing the banjo from the time he was 6 years old;  the guitar, mandolin, piano and bass in many different saloons and also in a band with his brother Billy.  He ended his career playing country-western & gospel music. He also enjoyed using his talents to sing and write many songs. Additionally, he enjoyed woodworking, though things were not always plumb and square. He was a devoted member of Second Baptist Church in South Hadley and led mission groups to South Carolina for many years.
Robert will be dearly missed by all who knew him, including his loving wife of 35 years, Kieren Okolita-Calkins; his two daughters, Lori (Paul) McElroy of FL and Tammi Adair and Kevin O’Brien of Palmer;  his 4 grandchildren, Shawn (Helen) McElroy, Kristi McElroy and Ron Roberts, Stacey McElroy, and Keith (Rebecca) McElroy; his 9 great-grandchildren as well as many extended family members and friends.
In addition to his parents, Robert is predeceased by his siblings, William Calkins, Nancy Culver and Barbara Fournier.
A celebration of life service for Bob will be held Saturday, June 4, 2022 at Second Baptist Church, 589 Granby Rd, So. Hadley, beginning at 2:00 p.m.  Burial to immediately follow in Evergreen Cemetery, South Hadley.
In lieu of flowers, memorial donations may be made to St. Jude Children’s Research Hospital at stjude.org/donate.  To leave a memory, please visit www.beersandstory.com

To send flowers to the family or plant a tree in memory of Robert Calkins, please visit Tribute Store
Saturday
4
June