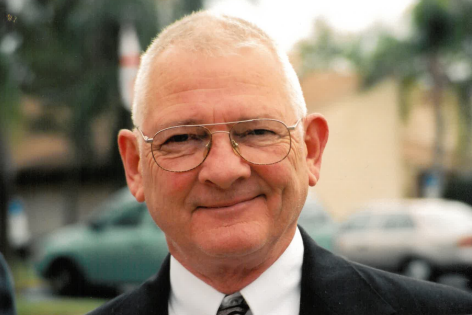 Belchertown- David S. Fredenburgh, 82, passed away peacefully surrounded by his loving family at home on Wednesday, May 18, 2022. Son of the late Edwin and Mary (Duggett) Fredenburgh, he was born September 10, 1939.
A graduate of the University of Rhode Island, David continued on to work for the Massachusetts Department of Fish and Game for thirty-three years where he retired as the Chief of hatcheries in 1997. In 1986, David opened Quabbin Analytical Laboratory where he served as owner and director. Despite his retirement from the state, David was hardly known to sit still as he continued his work at Quabbin Lab until recent. In his free time from 1990-99, David served as selectman for the Town of Belchertown. David and his wife Martha owned and operated the Belchertown Boarding Kennel as well until roughly 1983. David was also the recipient of the Melvin Jones Award during his time with the Lion’s Club.
In his spare time, David enjoyed camping, boating, snowmobiling and spending time with his family, friends and his dog Hannah. In his younger years, David could often be found at Ludlow Fish and Game, where he enjoyed the hobby of skeet shooting. A staunch Republican, David always enjoyed debating politics and was never known to let his opinion go unheard.
David will be dearly missed by all who knew and loved him, including his loving wife, Martha (Robbins) Fredenburgh; his son, David Fredenburgh and partner, Tamera Langone of Belchertown; his daughter Heidi Bonafini and her partner, Brian Woodward of Belchertown; his grandchildren, John “Jack” Bonafini Jr., Alison Bonafini, and David F. Fredenburgh; as well as many extended family members and friends.
In addition to his parents, David is predeceased by his siblings, Lois Beckwith, Peter Fredenburgh, and Edwin Fredenburgh Jr.
A Mass of Christian Burial will be held Tuesday, May 31, 2022 in St. Francis of Assisi Church, beginning at 11:00 am. Burial will be at the convenience of the family.
In lieu of flowers, memorial donations may be made to the Dakin Humane Society, www.dakinehumane.org.

To send flowers to the family or plant a tree in memory of David Fredenburgh, please visit Tribute Store
Tuesday
31
May

Share Your Memory of
David
Upload Your Memory View All Memories
Be the first to upload a memory!
Share A Memory
Send Flowers