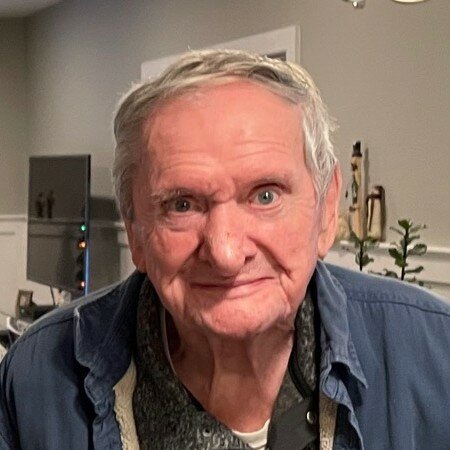 With our deepest sympathy, we share the passing of Willfried “Fred” Lothar Karrasch, 85, on Friday, May 27, 2022. He passed away surrounded by family in the comfort of his home in Granby, MA.

In the summer heat of Ziegenhals, Germany, on September 1, 1936, Fred was born to Kurt and Maria Karrasch and was the younger brother to Dr. Heinz Karrasch and Ingrid (Karrasch) Zimmermann. It was in Germany that he attended trade school for textile sales. In 1957, Fred made his journey to America and he began taking English classes in New York. At those classes he met his wife, Edeltrude “Trudy” Maria Gunter, whom he later married on August 18, 1959. The ceremony was held at the Gunter’s family restaurant in Schramberg, Heiligenbronn, Germany on a Tuesday because no one gets married on a Tuesday. They moved to Granby, Massachusetts, and began growing their family and spending the 62 years of their marriage full of adventures. He now leaves behind his wife Trudy and their children, including his oldest son Andreas “Andy”, daughter-in-law Karen, and granddaughter Stephanie of Agawam, MA; and his granddaughter Krissy of Manchester, NH. His second son Roger, daughter-in-law Beth, and granddaughter Holly of Belchertown, MA; and granddaughter Jessica and her husband Trevor, who blessed him with his first great-grandchild, Leila of Dalton, MA. His only daughter Michelle (Karrasch) Szlajen, son-in-law Mark, and granddaughter Abigale of Longmeadow, MA; and granddaughter Rebecca of New York, NY.

Fred worked 20 plus years earning himself a leadership position at Elco Dress Company in Holyoke, MA. He was always one to support and provide assistance to his family and community. He could be found tending to his garden to make his delicious pickles or tracking the weather, especially the rainfall. Fred found endless joy in a variety of sports, including NFL NY Giants, MLB NY Yankees, but most predominantly the Bundesliga’s FC Bayern Munich.

A Funeral Mass will be held on Friday, June 3, 2022 at 10:00 a.m. at the Immaculate Heart of Mary Parish in Granby, MA. Reception immediately following in the parish hall. A private burial will be held at a later date. Thank you for all the wonderful care provided to him through the Holyoke Medical Center. If you would like to make a contribution to Willfried “Fred” Karrasch’s memory, please consider a donation to the Holyoke Medical Center https://www.holyokehealth.com/g

To send flowers to the family or plant a tree in memory of Willfried Karrasch, please visit Tribute Store
Friday
3
June

Share Your Memory of
Willfried
Upload Your Memory View All Memories
Be the first to upload a memory!
Share A Memory
Send Flowers