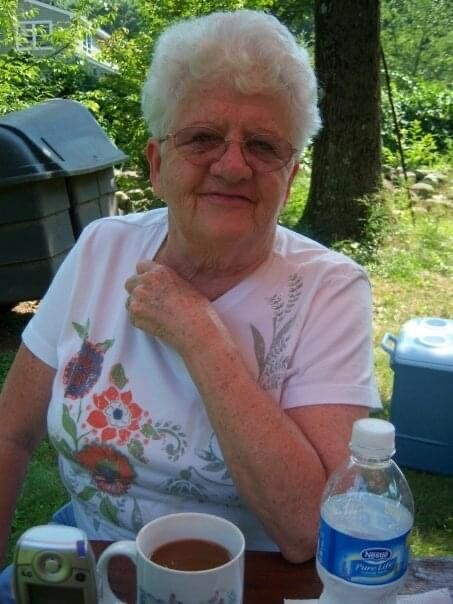 Chicopee—Mary Jean Whitted, 90, passed away peacefully in her sleep at MissionCare, formerly known as Mt. Saint Vincent’s, on Tuesday, June 28, 2022 at 11:35pm. Daughter of the late Horace and Mary Ellen (Murphy) Gerrish of Chester, she was born in Pittsfield on July 8, 1931. In 1949, Mary married Donald W. Wiley and had four children. In 1972, Mary and two of her children moved to California where she continued living. While in California, she met Raymond Whitted and they were married September 29, 1979. They remained happily married until Raymond’s death in 2009. After 40 years in California, Mary returned to Massachusetts in 2013 to be near her daughter, Donna, and her granddaughter, LEona, due to Alzheimer’s.

Mary will be dearly missed by all who knew and loved her, including her loving children, Mary Ellen Irvine (Glenn) of ND, Donna Hand (George) of Chicopee, Donald W. Wiley Jr (Mary) of CA, and Kenneth E. Wiley (Dolores) of CA; her sister, Barbara (Gerrish) Thomas of MA; her step-children, Traci (Whitted) Reimer of CA and James Whitted of CA; her grandchildren, LEona Hand, Marissa Wiley, Heather Wiley, and Michael Wiley; as well as many extended family members and friends.

In addition to her parents & husband, she is predeceased by her 5 siblings.

Services will be at the convenience of the family.

For those wishing, a contribution in Mary's memory may be made to the Alzheimer's Association, https://www.alz.org/

To send flowers to the family or plant a tree in memory of Mary Whitted, please visit Tribute Store

Share Your Memory of
Mary
Upload Your Memory View All Memories
Be the first to upload a memory!
Share A Memory
Send Flowers