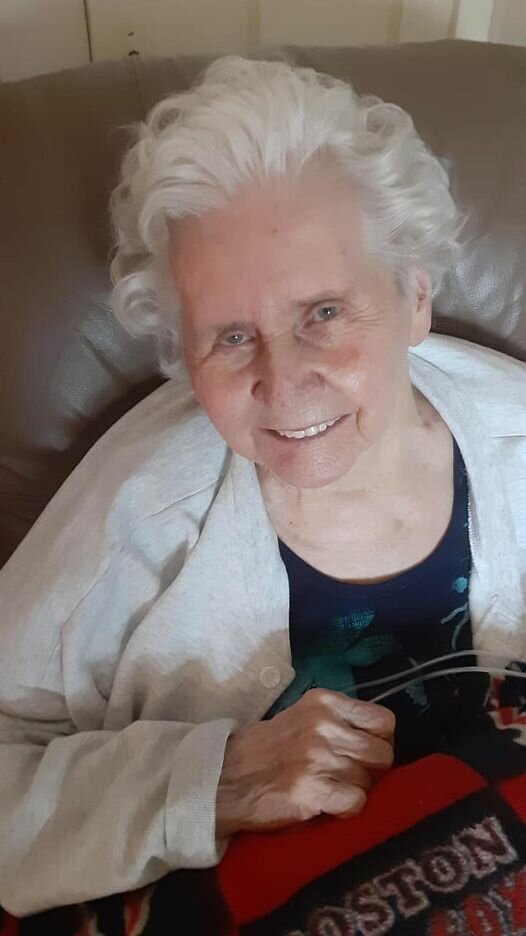 Palmer-Bernice M. (Frydryk) Oliveira, 94, passed away peacefully at her home on September 5, 2022. Born in Three Rivers on August 21, 1928, she was the daughter of Peter and Antonina (Grzanka) Frydryk. Bernice has lived in Three Rivers for all of her life and took pride in her Polish heritage, enjoying Polish music, most especially her son-in-law's band, Joey Smola’s Velvetones. She was a lifelong Red Sox fan. She loved baseball from a young age and watched and cheered on her children and grandchildren at their sporting events for many years. Her most cherished time was time spent with her children and grandchildren. In 1988, Bernice was predeceased by her husband, Anthony. She will be greatly missed by her children, Diane Smola and her husband Joey of Ludlow, Linda Hylind and her husband Ken of Maryland, Tina Oliveira of Three Rivers, Mark Oliveira, with whom she lived, and Mark’s partner, Beth Beele, Lisa Oliveira of Holyoke, David Oliveira of Palmer and Denise, Janice Kucewicz (who was like a daughter to her), as well as a daughter-in-law, Karen Oliveira of Thorndike. Bernice also is survived by three sister-in-laws (Ann Frydryk, Florence Silva, and Norma Oliveira), and many nieces, nephews, godchildren, and friends. Eight grandchildren will also cherish her memory; Donald Mayou and Lisa, Jessye Hylind and Jared, Kristen Contois and husband William, Elizabeth Oliveira, Anthony Hylind, Anthony (AJ) Oliveira and Sara, Justin Oliveira and Nathan Oliveira. Besides her parents and husband, she was predeceased by her son, Karl (2021), as well as one sister and six brothers. Visitation will be held Friday, September 23 from 3:00-7:00 p.m. at the Beers & Story Palmer Funeral Home. MASKS ARE REQUIRED. Burial will be private at the convenience of the family. In lieu of flowers, memorial contributions may be made to St. Jude’s Children Hospital, 501 St. Jude Place, Memphis, TN 38105.

To send flowers to the family or plant a tree in memory of Bernice Oliveira, please visit Tribute Store
Friday
23
September

Share Your Memory of
Bernice
Upload Your Memory View All Memories
Be the first to upload a memory!
Share A Memory
Send Flowers