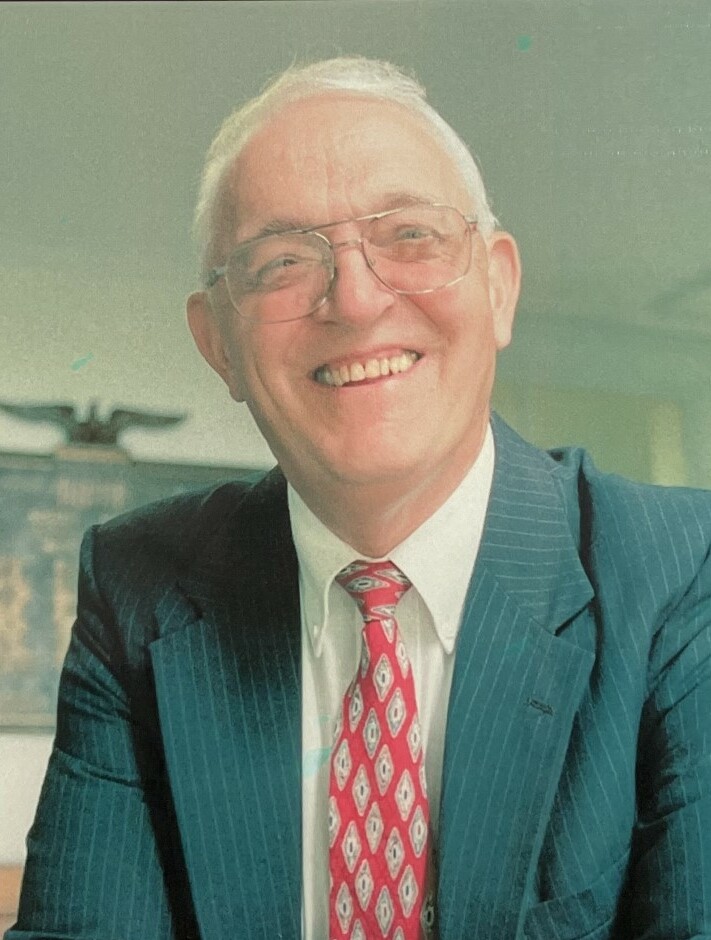 Normand “Norm” F. Cloutier, 84, passed away peacefully on Thursday, September 29, 2022. Husband, father, grandfather and friend, Norm left this world having been loved by many.

Born April 19, 1938, in Holyoke, MA, Norm was the son of the late Roland and Leona (Champagne) Cloutier.

Norm grew up in Holyoke and graduated from Sacred Heart High School where he played on the varsity basketball team all four years. After graduation, Norm served in the US Army for six months and as a reservist for six years. He attended Holyoke Community College and transferred to Bentley College where he earned his degree in accounting in 1961. During his career, Norm worked in the accounting field for several companies, including Popular Marbles, Worthington Corporation, and as a Senior State Municipal Examiner. He was appointed the Town Administrator for South Hadley where he served for 19 years, retiring in September of 2000.

Norm won the heart of his beloved Susan (Whitcomb) Cloutier, to whom he was married for thirty-one glorious years until her death in 2019. Their years together were full of love and good memories.

Among those for whom Norm will remain forever in their hearts and minds are his three children: David Cloutier and his wife Michelle, Christopher Cloutier and his wife Toni, Carrie Laudone and her husband Steve; his loving grandchildren: JT, Samuel, Benjamin, Angelina, MacKenzie, Julia, Robert, and Logan; and his great grandson, Stephen. He also leaves behind his sister Suzanne Hass, her husband Carl, and many adored nieces and nephews.

Norm was predeceased by his brothers, Roland, Paul, Robert, Bernard, and his sister Claire Koniezhny and her husband Steve.

It is with a heavy heart that we will say our final goodbyes to Norm. But we find comfort knowing that on October 11, the anniversary of his dear Susan’s passing, our farewells mean their hellos.

We invite all who knew and loved him to join us as we celebrate the wonderful life of Norm Cloutier.

In lieu of flowers, memorial donations may be made to the D’Amour Center for Cancer.

To send flowers to the family or plant a tree in memory of Normand Cloutier, please visit Tribute Store
Monday
10
October

Share Your Memory of
Normand
Upload Your Memory View All Memories
Be the first to upload a memory!
Share A Memory
Send Flowers