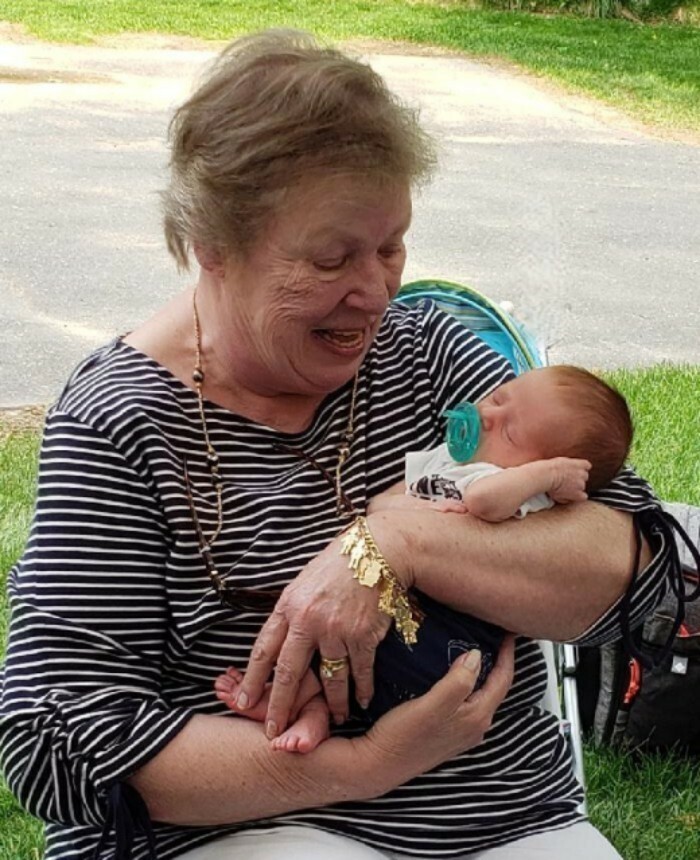 the late George and Laura Damstra. Also waiting in Heaven to greet her is her beloved, John

Donna grew up on a small Fort Hill dairy farm in Hingham, MA, where her love of cows began. A

her five sisters. As Meme's oldest granddaughter, Donna began the tradition of digging up

night-crawlers with her grandmother. She proudly marched in the 4th of July parade dressed as

'Mary Had a Little Lamb', with her live pet lamb. Donna’s first job was at Twin City Cleaners on

Lincoln Street in Hingham, where her mother worked before her, and a couple sisters worked

After graduating from Hingham High School, Donna married George Luscombe and landed on

Cape Cod where they raised their two daughters. In 1991, Donna was reunited with her

highschool sweetheart, John Ingrassia and moved back to Hingham. On January 1, 1992,

Donna and John were married during a New Year’s Eve party to remember. After retiring, they

Donna was a Realtor before becoming the Treasure Collector of Brewster, MA then Dover, MA.

While she took great pride in her professional career, she found her deepest joy in caring for her

family. Throughout the years has sewn matching Easter dresses for her daughters, prom and

wedding dresses for family, scouting uniforms, custom curtains, and patched up her dogs

favorite stuffies. She explored all sorts of crafting while making gifts and keepsakes for, and

with, her family and friends. Donna created a tranquil koi pond where generations of her family

and friends could sit, often with coffee, and create memories. As adults, Donna and her sisters

During all her years, Donna’s heart felt most at home sitting on the bench at Hingham Harbor.

It’s where those left to cherish her memory may go to feel closest to her.

Left to cherish her memory are her husband, John Ingrassia. Her sisters: Gretchen D. Amonte,

All services will be private. In lieu of flowers, please make a donation to Together We Rise to

Share Your Memory of
Donna
Upload Your Memory View All Memories
Be the first to upload a memory!
Share A Memory