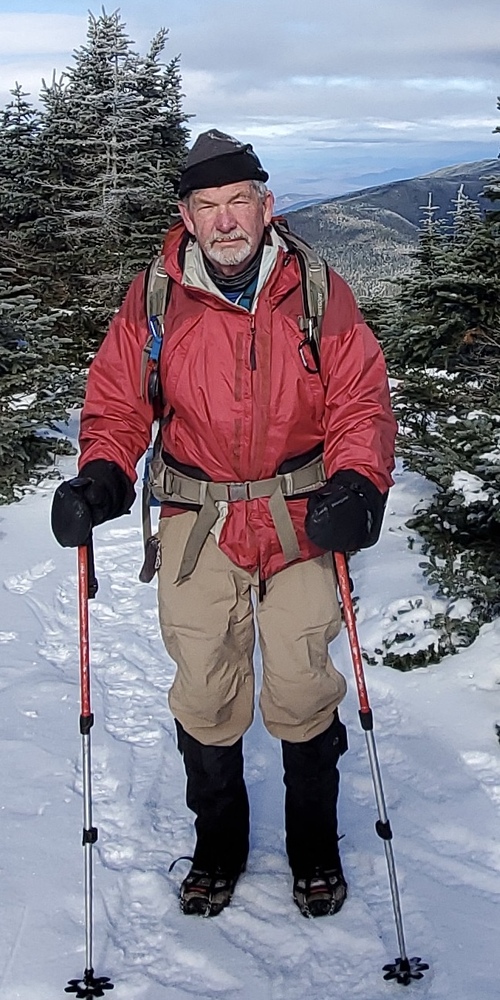 Wolfeboro, NH, Douglas J. Butler, 77, formerly of Kennebunkport, ME, passed away December 23, 2022. He was born on July 30, 1945 in Springfield, MA to Herbert and Florence (North) Butler.  Doug grew up in Wilbraham and obtained his Masters Degree in Civil Engineering from UMASS Amherst.  He and his wife of the past 27 years, Jeanne (Driscoll), resided in Kennebunkport, ME, many years in Francestown, NH and recently relocated to Wolfeboro, NH.  Doug was a project executive for Gilbane Building Corporation for most of his professional career.  He proudly served his country as an Army Ranger, 10th Engineer Battalion, during the Vietnam War.  An avid hiker, Doug was working on his third, 48 NH White Mountain highest 4,000 foot mountains (2 after the age of 75).  He was a voracious reader and loved Sudoku.  He will be deeply missed by his wife, Jeanne, along with this three sons, Mark (Sarah) of South Hadley, MA, Christopher of Holyoke, MA and Michael (Christine) of Manchester, NH, along with his grandchildren, Rowan, Sophia, Matt, Hailey, Nathan and Emma.  His siblings, Lois Ganieany (Paul) of Ludlow, MA and Cheryl Oczkowski of Westfield, MA and brother in law, Robert Driscoll (Lynn) of East Longmeadow and sister in law, Nancy Carlson (Paul) of Wilbraham also survive him.  Besides his parents, he was preceded in death by his brother Kenneth. A graveside service with military honors will be on Friday, December 30th at 11:00 am at the East Wilbraham Cemetery, 3244 Boston Rd. (Route 20) Wilbraham, MA.  A Funeral Mass will be held in his memory on Wednesday, January 4th at 11:00 am at St. Katharine Drexel Parish in Alton, NH.  In lieu of flowers, memorial contributions in his memory may be made to Lakes Region Conservation Trust, P.O. Box 766, 156 Dane Road Center Harbor, NH 03226.  Beers and Story Palmer Funeral Home has been entrusted with arrangements.  Please visit www.beersandstory.com for more information.

To send flowers to the family or plant a tree in memory of Douglas Butler, please visit Tribute Store

Share Your Memory of
Douglas
Upload Your Memory View All Memories
Be the first to upload a memory!
Share A Memory
Send Flowers