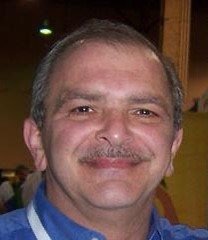 Brimfield-William J. Abraham, Jr., 61, passed away on March 18, 2020.  Born October 12, 1958 in Worcester, he was the son of William J. Sr. and Janet (Husson) Abraham.  William grew up in Oxford and lived in Brimfield for the past 20 years.  He was the president and owner of Gamewell Co., which he successfully ran for many years.  He then started As Built Inc. and owned and operated this family business for a number of years.  His most important personal achievement and measurement of success was to be able to own a business and include his family and close friends, and always gave before he received.  As a salesman, William enjoyed traveling, meeting new people, and talking politics.  He was a fantastic storyteller and, as most of his friends would agree, he certainly had a knack for embellishment. Those who knew Bill will never forget his large personality and ability to make people laugh.  Going to the casino with his wife, Linda Johnson, along with lazy Sundays surrounded by family, brought him much enjoyment.  William's memory will forever remain with his sons, Alex Abraham and Kait Moran of Worcester, and James and Nina Johnson of Northeast Maryland along with his brother, Bob Abraham of Oxford and nephew, Nicholas Abraham also of Oxford.  William also leaves his grandchildren, Maya and Ian Johnson as well as Cleo, his beloved dog and faithful companion.  May his memory be eternal. Due to the current state of affairs, services will be held at a later date.  Please consider donations in his memory to St. Jude's Children's Hospital.

To send flowers to the family or plant a tree in memory of William Abraham, Jr, please visit Tribute Store
Print
Share A Memory
Send Flowers