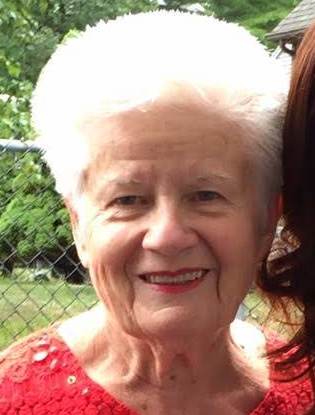 Belchertown-Martha J. (Dorey) Barrett, 81, passed away May 20, 2020.  Born November 24, 1938, she was the daughter of Malcolm E. and Dorothy (Eagan) Dorey.  Martha was born in Wilbraham but has lived all of her life in Belchertown. Martha began her professional career working in the family business at Dorey Jeep in Belchertown, and for last 35 years of her professional life, she was the librarian at Pathfinder Vocational High School where she retired in 2011.  Martha was on the Belchertown School Committee as well as a former member of the Order of Eastern Star.  In 1981, she graduated from UMass-University Without Walls with a degree in Library Media.  She was an avid reader and also loved horses and horseback riding. Martha loved Belchertown and all its history, and especially as related to the Quabbin Reservoir. Martha loved rock and roll music and was often found dancing to the music played by her two sons.  From 1984-2010, summers were spent at Hampton Beach enjoying the beach and collecting sea glass with her husband of 46 years, David.  In 2004, Martha was predeceased by her husband, David E. Barrett, Sr.  She will long be remembered by her two sons, David Barrett JR and his wife Dawn and Steven Barrett and his wife Brenda, all of Belchertown.  Martha also leaves her four grandchildren, Miranda Tsoumas, her husband, Andreas and their son, Themis, with a second son expected in June of Belchertown, as well as Adam Barrett of Sunderland, Matthew Barrett of Washington, D.C., and Emily Barrett of Belchertown.  Her siblings, Beverly Dearness, Kenneth Dorey, Sandra Riggs, Andrea Kacmarcik and Carol Evans, are also left to cherish her memory.  Due to the current restrictions of gatherings and for everyone's health and safety, a Celebration of Life will be planned at a later date.  She will be buried with her husband at South Cemetery.  Beers & Story Belchertown Funeral Home has been entrusted with the arrangements.  In lieu of flowers, please make donations in her memory to Shriner's Hospital.

To send flowers to the family or plant a tree in memory of Martha Barrett, please visit Tribute Store

Share Your Memory of
Martha
Upload Your Memory View All Memories
Be the first to upload a memory!
Share A Memory
Send Flowers