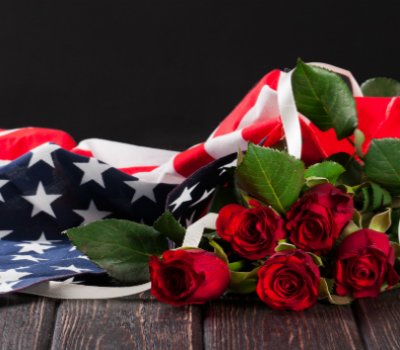 Palmer-Clarence R. Bisnette, 90, of Quaboag Valley Co-op, passed away July 13, 2020 at Baystate Medical Center.  Born in Belchertown on March 4, 1930, he was one of ten children to Clarence H. and Bertha M. (Williamson) Bisnette.  Clarence proudly served his country in the US Army and worked as a truck driver for Tambrands and then Diamond International/Cascade Diamond.  For many years, Clarence and his wife lived in Florida, they returned to Palmer about five years ago.  January 10, 2020, Clarence was predeceased by his wife, Nancy (Slate).  He will be missed by his step-son, Dwayne Gordon and his wife Jacqueline of Suffield, CT, and their son, Michael.  Clarence also is survived by three siblings, Alfred “Joe” Bisnette, Evelyn Banach, and Pauline Gaudette as well as a large extended family.  Clarence and Nancy will be laid to rest together at the MA Veterans' Memorial Cemetery in Agawam.  Beers & Story Palmer Funeral Home has been entrusted with the arrangements.  For those wishing, donations may be made in his memory to the charity of one's choice.

To send flowers to the family or plant a tree in memory of Clarence Bisnette, please visit Tribute Store

Share Your Memory of
Clarence
Upload Your Memory View All Memories
Be the first to upload a memory!
Share A Memory
Send Flowers