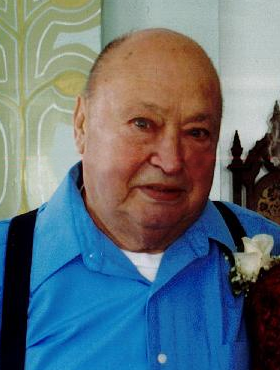 Richard H. Dexter, 89, passed away September 9, 2020 at home surrounded by family. He was born on March 23, 1931 in Webster, MA to the late Ernest and Viola (Young) Dexter. Richard previously worked as a kitchen stock supervisor at Amherst College for 28 years. He loved motorcycles, raising Llamas and various animals, camping, gardening, collecting model cars and yard work. Richard was a member of the Lions Club and was notably the oldest member of his chapter. Richard was preceded in death by his first wife of 61 years, Ruth (Cleveland) Dexter, in 2014. He will be forever missed by his wife Phyllis (Montross) Dexter and his children, Regina Wright and partner David, Marlene Rule and husband Robert, Deanna Wiseman, Richard II and wife Susan, and stepchildren, Caren Ouellette-Bragg, Donna Kozub, and Diane Ouellette-Holden. He also leaves 13 grandchildren and 9 great-grandchildren. An hour of visitation will be held on Saturday Sept. 12th from 9:00-10:00 a.m. at the Beers & Story Funeral Home in Belchertown. Due to current restrictions, Richard's Funeral Service will be private but anyone wishing to rejoin us at the North Amherst Cemetery may do so.

To send flowers to the family or plant a tree in memory of Richard Dexter, please visit Tribute Store
Saturday
12
September