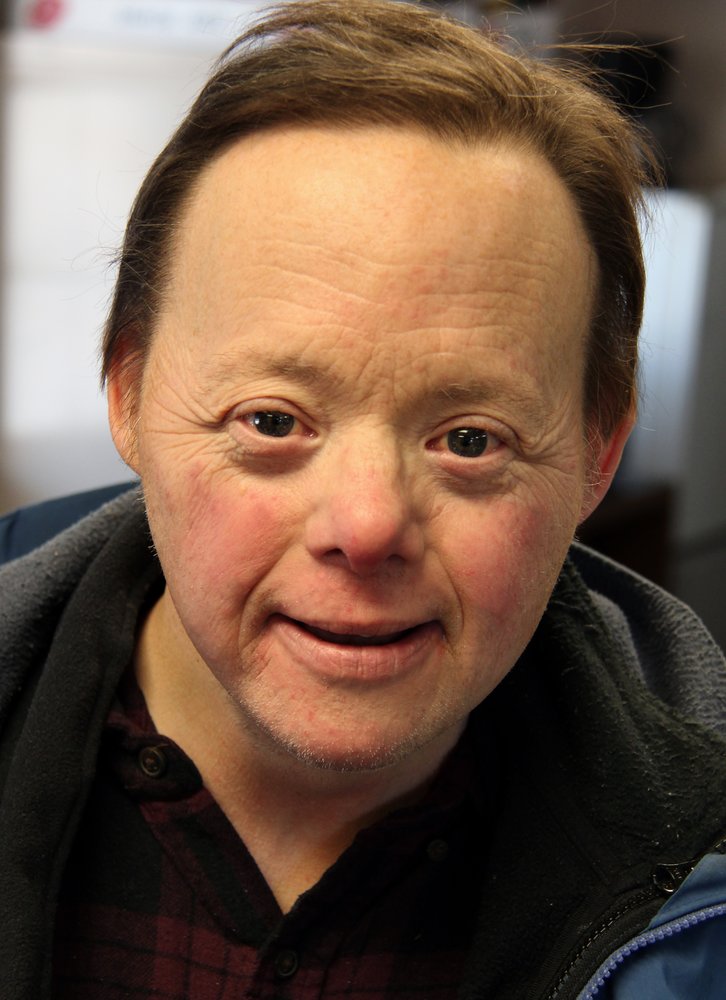 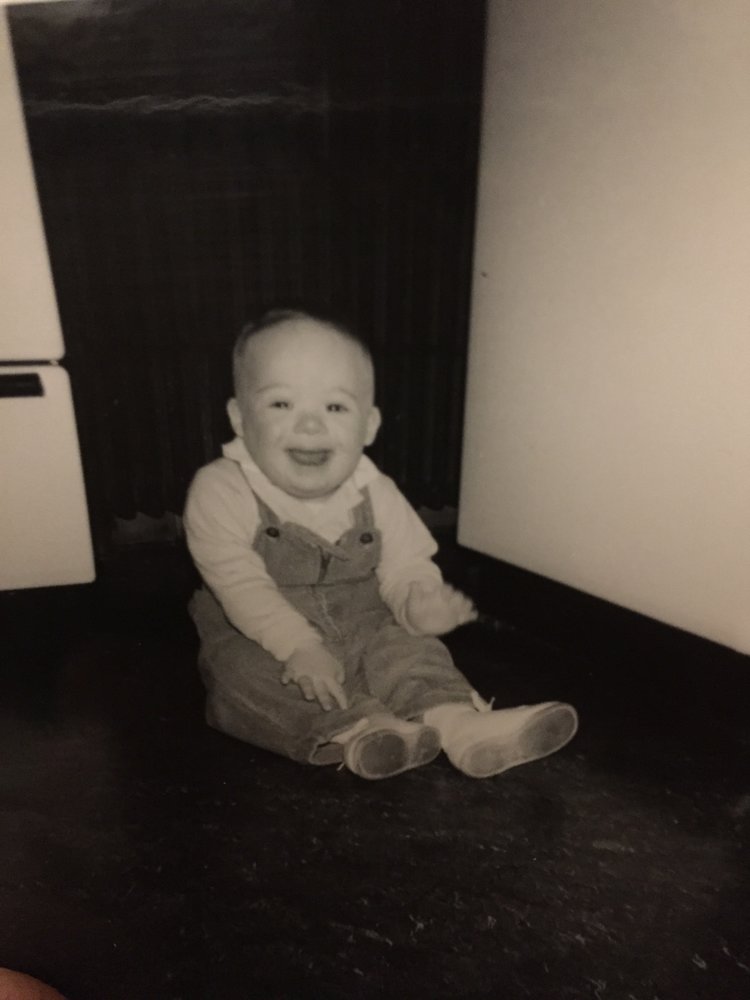 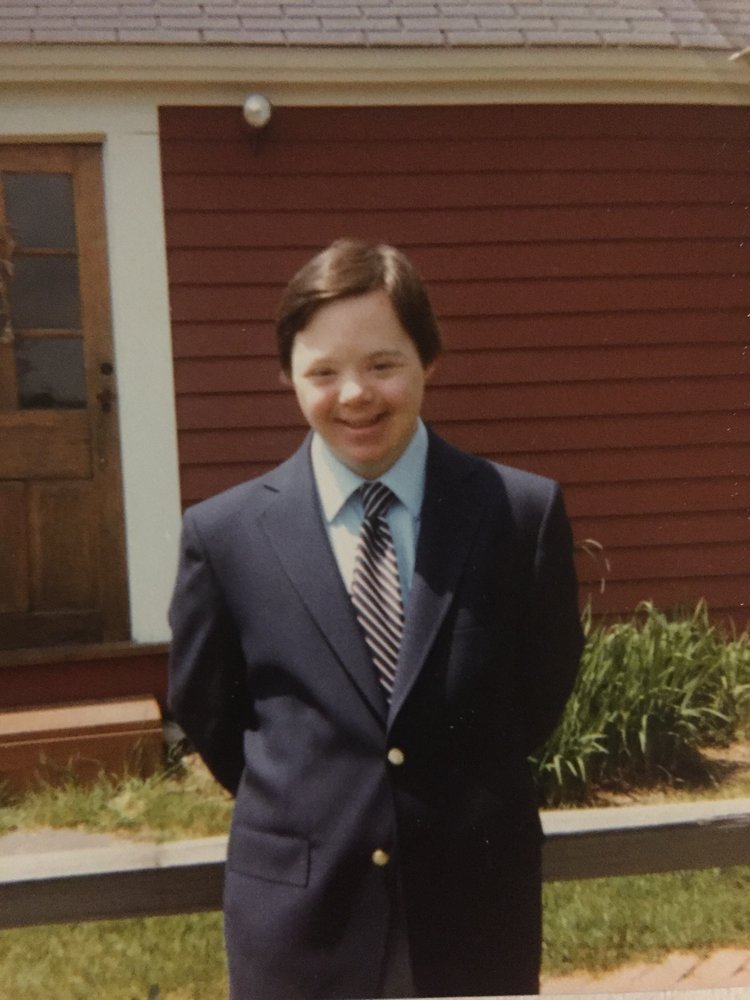 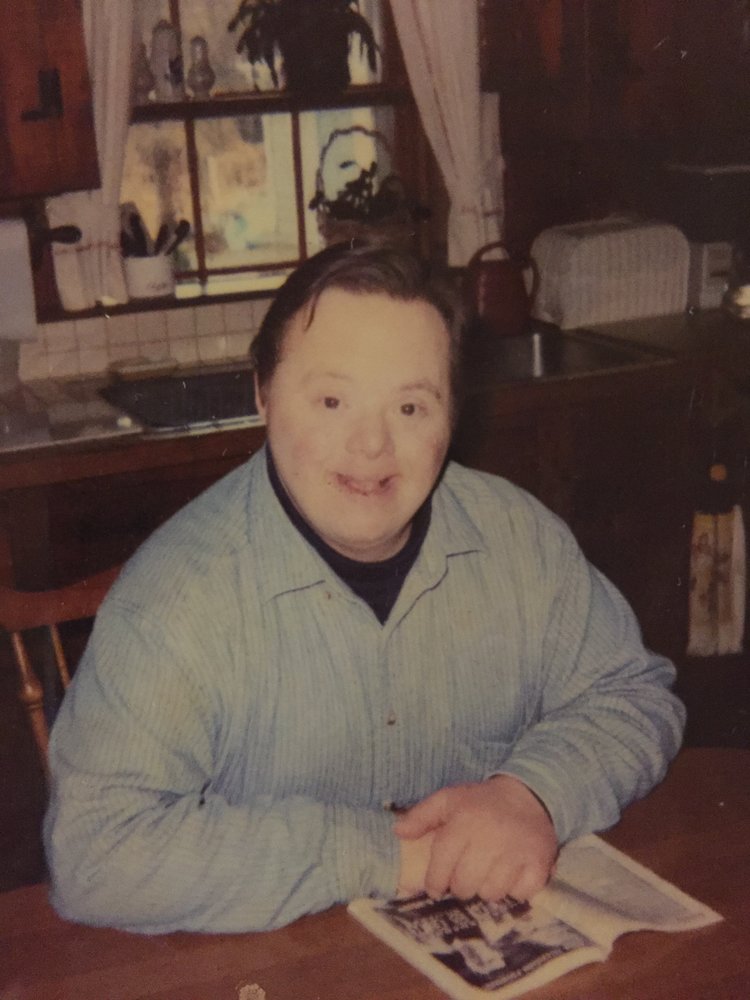 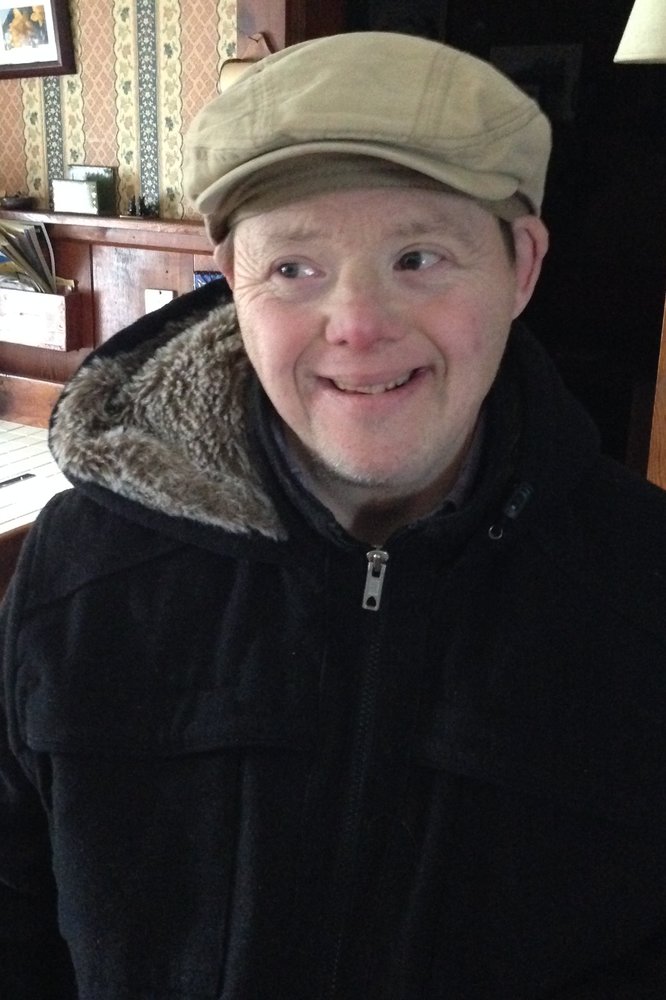 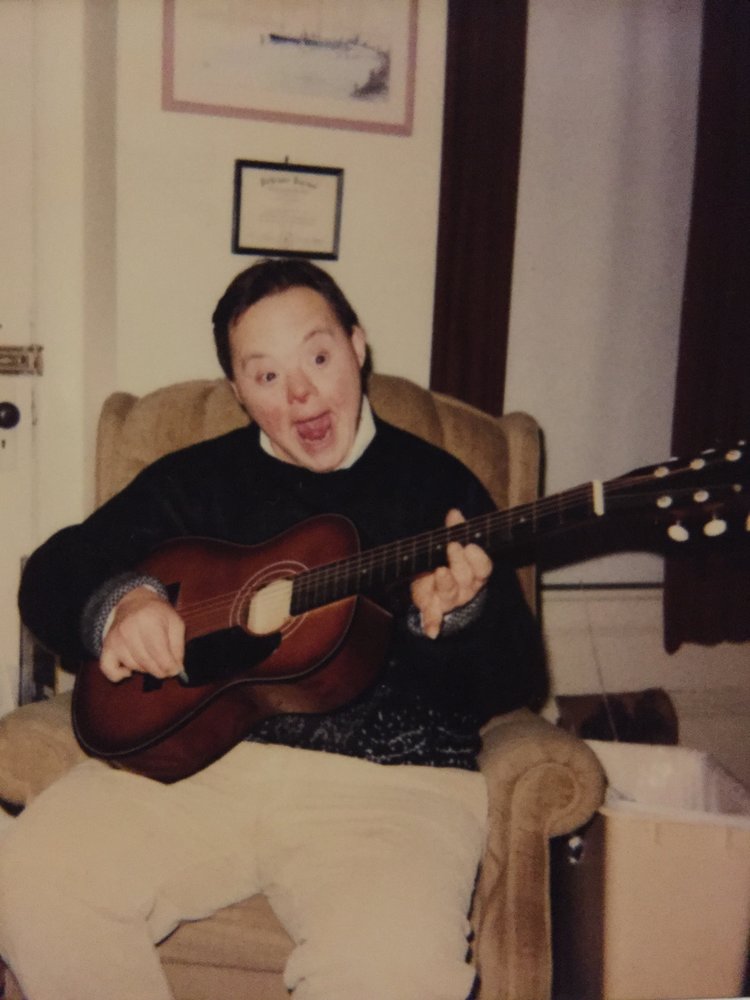 Amherst-John Matthew (“Jack”) Riedel passed away peacefully at home in Amherst on May 1, 2021 following a brief illness.   Born May 27, 1960, Jack faced the challenges of Down Syndrome and learned to apply his capabilities and talents productively.  Jack lived his formative years with his family in Belchertown and later moved to an apartment in Amherst center where he savored his independence and over the course of 30+ years became a beloved fixture of the community as a result of his friendliness, gentleness, kindness, and humor.  Jack was aided in life with several strong advocates including Dr. Bern Graney , who was instrumental in Jack’s development & lifestyle, and the staff at Community Options.  Jason, his long-time friend and with assistance from Pathlight, provided support which was irreplaceable.  With help from Community Options, Jack developed photography skills and sold a number of items that expressed his artistic flair.  He also enjoyed music, singing in the choir at Hope Church, slap-stick comedy, and particular serial dramas on TV.  A graduate of Pathfinder Regional High School, Jack’s employment included positions at Price Chopper, UMass, and the Holiday Inn.   Jack is predeceased by his mother Mildred S Riedel, father Robert W Riedel, and brother Stuart A Riedel.  He is survived by his brother Bill and wife Lisa Riedel of North Andover and by 2 nephews and a niece.  A celebration of life will be scheduled;  details available by contacting billried@gmail.com.  Beers & Story Belchertown Funeral Home has been entrusted with the arrangements.

Share Your Memory of
John ("Jack")
Upload Your Memory View All Memories
Be the first to upload a memory!
Share A Memory