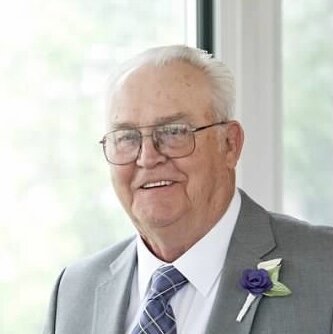 Granby -James E. Stone, 83, passed away November 9, 2021 at Cooley Dickinson Hospital.    He was born January 21, 1938 in Kildav, KY to Robert E. and Alice (McDaniel) Stone.  Jim proudly served his country, retiring from the U.S. Air Force with the rank of Master Sergeant, as a member of the USAF Security Forces.  Jim resided in Granby from 1969-1992 then moved to Mississippi where he spent the next 26 years before returning to Granby in 2016 to be closer to family.  He retired  from Monsanto Company where he worked as a foreman for 30 years.   After his retirement, he continued to work as a truck driver for APAC Trucking in Mississippi.   Jim also proudly served his community as an Auxiliary Police Officer for the Granby Police Department from 1972-1987 where he worked his way from Patrolman to Auxiliary Police Chief.

Jim was predeceased by the love of his life, Lorraine, who left him way too soon in 2019, and their daughter Brenda in 1978.

In his leisure, Jim enjoyed fishing, ‘beer:30’, Westerns, and spending time with his grand/great-grandchildren.

Calling hours will be Tuesday, Nov. 16th from 10-12:00 p.m. at the Beers & Story South Hadley Funeral Home followed by a graveside service at West Street Cemetery in Granby.

To send flowers to the family or plant a tree in memory of James Stone, please visit Tribute Store
Tuesday
16
November