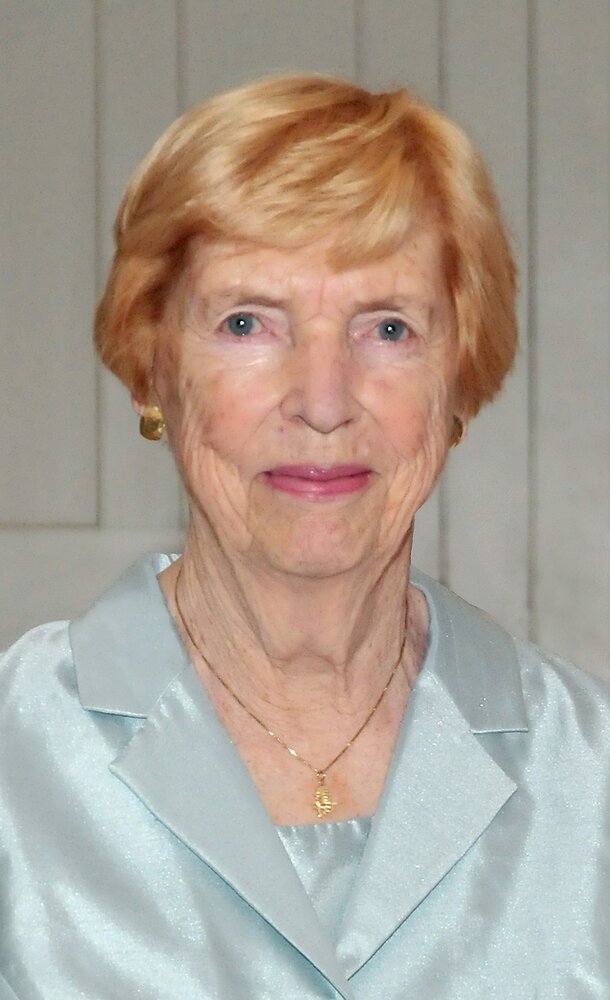 South Hadley- Elizabeth H. Odell, 99, passed away January 26, 2022. She is the daughter of Marion and Lyster Hetherington and was born in Foochow (Fuchou) China in 1922. They returned to the United Stated and lived in many towns in Central New York state, ultimately residing in Owego, New York. After attending Plattsburgh State Teacher’s College she became a home economics teacher prior to having a family. Over the years she and husband, Frank, primarily lived in Delmar, NY and then Naples, FL. In 2003 she moved to Loomis Villages, in South Hadley.

She was an avid knitter, reader and enjoyed completing wooden jigsaw puzzles. She and Frank enjoyed traveling extensively throughout the United Stated and the world. She visited approximately 32 countries and all 50 states. She enjoyed snorkeling in the Galapagos, Climbed the Great Wall in China, took a hot air balloon ride and ziplined with her family. She was also able to return to China and visit her birthplace with her daughter and granddaughter. She was a member of the First Congregational Church of South Hadley. She enjoyed emailing with her grandchildren and keeping up with the news of the world. She had a kind and generous spirit supporting many community organizations locally and nationally.

In lieu of flowers, memorial donations can be made to the Susan Odell Taylor School for Children, 116 Pinewoods Avenue, Troy, NY 12180 and Community Involved in Sustaining Agriculture (CISA) Sugarloaf Street, South Deerfield, MA 01373

Due to COVID restrictions the family will be planning a celebration of life at Loomis Communities at a later date.

To send flowers to the family or plant a tree in memory of Elizabeth Odell, please visit Tribute Store

Share Your Memory of
Elizabeth
Upload Your Memory View All Memories
Be the first to upload a memory!
Share A Memory
Send Flowers