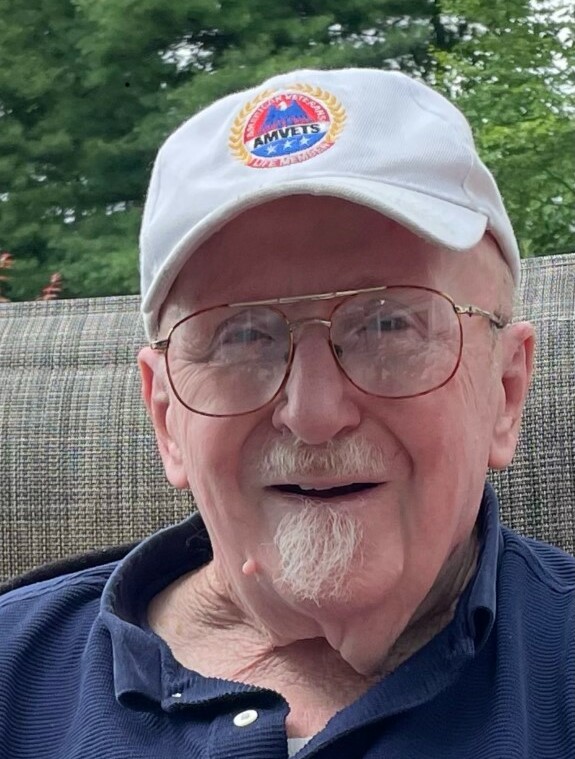 Three Rivers—Michael Joseph Cavanaugh, 92, It is with a heavy heart we mourn the passing of our beloved Husband, Father, Brother, Grandfather and Great Grandfather on Thursday, February 10, 2022. Son of the late Michael and Rhea (Riopel) Cavanaugh, he was born on March 1, 1929, in Palmer.

Michael enlisted in the Army and served his country proudly during World War II and then in the Korean War and the National Guard. After his dedicated service, he went on to work for many years as a project manager for New England Power Services, now known as National Grid.

Michael will be dearly missed by all who knew him, including his loving wife of over 67 years, Marjorie (Underwood) Cavanaugh; his sons Michael Cavanaugh (Monique) of West Springfield, Kevin Cavanaugh (Claire) of Novato, CA, Colin Cavanaugh of Three Rivers; his daughter, Rhea Callahan (Richard) of Palmer; his 8 grandchildren, Shannon, Jake(Jaimi),Carly, Keith, Sean, Ellie, Michael and Shevonne and 4 great grandchildren, Amy, Josh, Wally and Graysen; his siblings; Geraldine Spodarek, Garrett Cavanaugh, Theresa Petroshewicz, Patrick Cavanaugh, Rhea Dornhoferr, Ellen Cavanaugh and Linda France; as well as many extended family members and friends. In addition to his parents, Michael is predeceased by his siblings Rosemary Conlin and Joseph Cavanaugh.

Michael was very proud of his service to our country. He was a founding member and served as commander of the Amvets Post 74. He was also a past commander of American Legion Post 130.

The importance of a high-quality education for all children was a value Michael held close to his heart. He was a member of the Regional School Feasibility Study committee that established Pathfinder Regional Technical Vocational School. He was honored to have been the longest active serving school board member in the Commonwealth of Massachusetts at Pathfinder for over 40 years and also served on the Palmer High School Committee.

Michael was treasurer of the Mass State Hospital Trustees Association, Chairman of the board of trustees Monson State Hospital, President Worcester Central Federal Credit Union and Vice chairman of the Palmer Democratic Town Committee. He received the distinguished service award from the United Cerebral Palsy of Western Mass. Additionally he served on both the Parks and License commission for the town of Palmer.

Michael was a dedicated friend and devoted family member. He loved to golf and share stories, jokes, and time with friends and family. He was fond of saying “Be good to each other” and he did that every day.

Visitation will be Wednesday, February 16, 2022 from   5pm-7pm at Beers & Story Palmer Funeral Home, 1475 N Main Street. Friends and family are invited to meet at the funeral home the following morning Thursday, February 17th at 8:45am for a funeral procession to St. Thomas the Apostle Church, 1076 Thorndike St. Palmer. A  Liturgy of Christian Burial will begin at 10am. Reception to follow at Amvets Post 74.  Burial will be at the convenience of the family.

To send flowers to the family or plant a tree in memory of Michael Cavanaugh, please visit Tribute Store
Wednesday
16
February