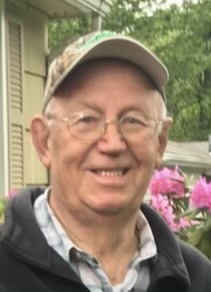 It is with heartfelt sorrow that we share the news of the passing of Richard Boardman Scott, 84, on Saturday, March 19, 2022. He passed away peacefully in the care of the Leeds Ward at Elaine Nursing Home with family at his side, but his home will forever be remembered as South Hadley, Massachusetts.

On October 13, 1937, Joseph and Newth (Batchelor) Scott at Holyoke Hospital blessed the world with a baby boy. He grew into a loving and compassionate brother, friend, husband, father, grandfather, and great-grandfather, no matter if he was known as Richard, Dick, or Mr. Scott. While he was earning his high school diploma from South Hadley High School in 1957, he found and now leaves behind his lifelong love and wife of 62 years, who fondly called him "Red", Joan Yvette (Brothers) Scott.

Throughout his life, Dick wore many hats. He forged his career as a respected electrician, starting at South Hadley Electric Light Department while establishing his own business, Boardman Electric. Never one to shy away from the action, Richard was also a member of the South Hadley Fire Department: District 1. Outside of his professional life, Mr. Scott was an active member of the community. A love of football would encourage him to co-organizer the Valmore Bourque Youth Flag Football League where he would coach the South Hadley Rams for over 12 years. Dick was a member of the South Hadley Lions Club and the Mount Holyoke Lodge of Masons, which allowed him to join the Melha Shriners. As a Mason, he received many honors, including the 1972 Master of Mount Holyoke Lodge, the District Deputy Grand Marshal of the Holyoke 17th Masonic District in 1983 and 1984, and the Grand Standard Bearer of the Grand Lodge of Masons in Massachusetts in 1985. In his religious beliefs, he was a member of the South Hadley Falls Congressional Church before joining the Second Baptist Church of South Hadley during the last decade of his life. His faith led him to join Rural Missions, including spending time in New Orleans, where he assisted during the aftermath of Hurricane Katrina. When he was not serving his community, Dick was an avid walking stick maker, with his collection reaching over 2,000. He will be fondly remembered for his ability to keep those around him smiling, be it with his signature double-handed waves, his dry sense of humor, or elaborate storytelling.

He was predeceased by his parents, four siblings, Ralph, Robert, Jane, and Russell, and sister-in-law, Shirley. He leaves behind an abundance of family members who will miss him, including his son Brien, daughter-in-law Dorothy, and grandchildren, Matthew and Sarah, of Granby, MA. His daughter Beth, son-in-law Roger, granddaughter Holly of Belchertown, MA, and his eldest granddaughter Jessica and her husband Trevor, who blessed him with his first great-grandchild, Leila of Dalton, MA. As well as 12 wonderful nieces and nephews; Maureen, Linda, Merrill, Karen, Newth, Michael, Kelly, Kimberly, Kristen, Sherralee, Daniel, and Joseph. He also leaves behind his two sister-in-laws, Linda and Angela, and his brother-in-law, David and his wife, Rose.

Thank you for all the wonderful care provided to him through the Leeds Ward of Elaine Nursing Home and his home health aide, Anne MacDonald. If you would like to make a contribution to Richard "Dick" Scott’s memory, please consider a donation to the Alzheimer’s Association https://www.alz.org/?form=alz_donate or Shriners Hospital https://www.shrinerschildrens.org/en/giving.

To send flowers to the family or plant a tree in memory of Richard Scott, please visit Tribute Store
Saturday
7
May